Prince Philip asked to wear his medals to armed forces charity event, his coat can barely handle the strain (VIDEO) 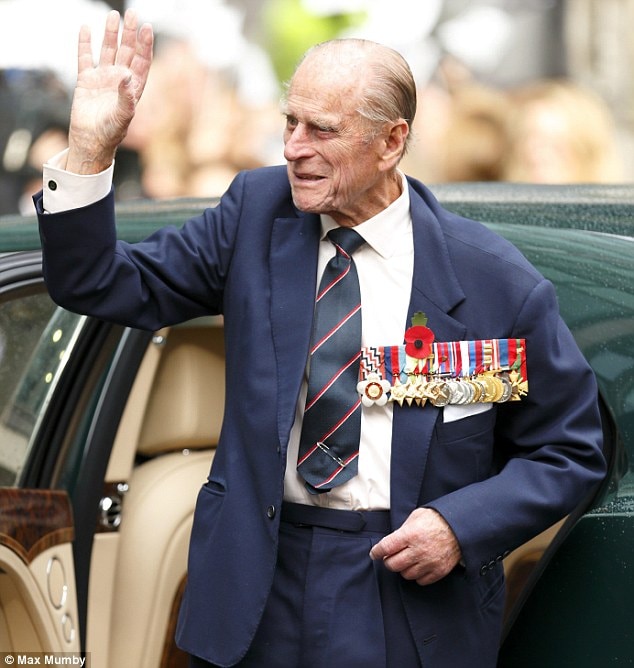 The Duke of Edinburgh was asked to wear his medals to an armed forces charity event, but his jacket could barely handle the strain.

The 92-year-old Duke of Edinburgh, Prince Philip, was asked to wear his full complement of military decorations during the opening of the new armed forces charity, Soldiers, Sailors, and Airmen Families Association, at the Queen Elizabeth House in central London this Friday.

Having joined the Royal Navy in 1939 at the age of 19-years-old, the Duke amassed a hefty collection of medals for his wartime bravery during the Second World War. He accompanied the Queen to the SSAFA event and per the event organizers’ request, he wore a décolletage of all 17 medals, the Daily Mail reported.

While at the event, the Duke joked with 27-year-old amputee Trooper Cayle Royce, advising the young man he should get some wheels. Royce, who lost both his legs in a bomb blast while serving in Afghanistan last year, was honored to meet Philip, saying, “He’s my hero. He’s just a great person – really comedy.”

Some of the Duke’s medals include the Atlantic Star, Africa Star, Burma Star, Italy Star and the Greek War Cross of Honor – a medal that denotes heroism in wartime to both Greeks and foreign allies.

The Duke earned 17 medals in all in his service during World War II.