Police officers from the Neenah Police Department stopped two Wisconsin men Sunday, one open carrying a shotgun, and threatened to shoot them in the head if they made any furtive movements for their weapons.

The stop was initiated after someone called 911 and told police they saw a man walking aorund with a long gun. Neenah police officers stopped Charles Branstrom of Appleton, who was carrying a 12-gauge shotgun slung over his shoulder, and Ross Bauhman of Neenah, who was carrying a concealed handgun on his waist and another on his ankle. Both men were deemed to have been exercising their Constitutional rights and did not break any laws, Postcrescent reported. 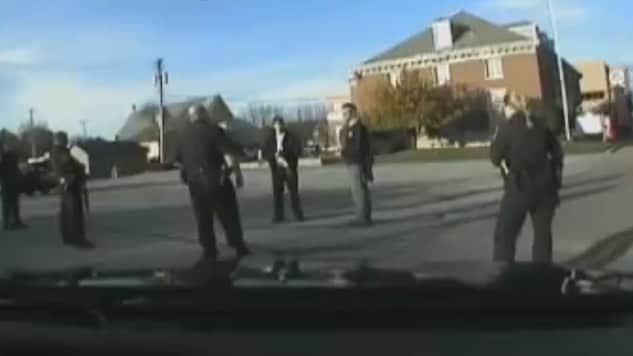 After police determined the men had not broken any laws, they were free to go on their way.

After denying to consent to a search and refusing to give out any more personal information than was legally required, Branstrom continued to stand motionless as the police officer backed away and reminded the open carrier of his earlier threat.

“Don’t move. Remember what I said, ok?” The police officer warned as he radioed dispatch and ran Branstrom for warrants.

After having a polite disagreement with Branstrom over how he was exercising his rights, he and Bauhman were released and free to go.