A 16-year-old New Yorker was charged with attempted murder on Sunday after allegedly opening fire at Manhattan’s Bryant Park ice rink and then seemingly confessing on Facebook as police came to arrest him. 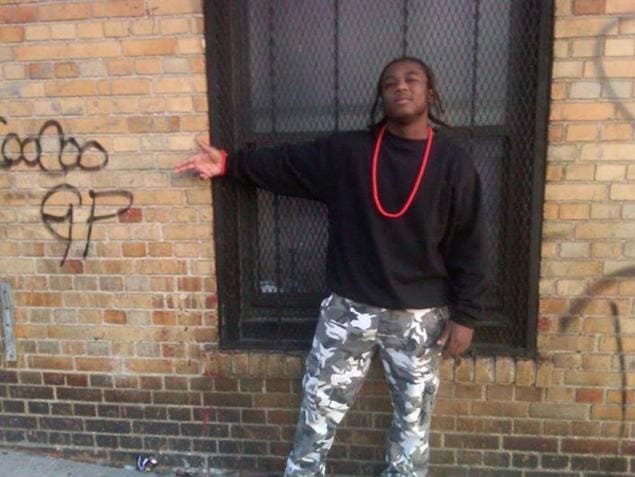 Suspected gang member Corey Dunton was at Bryant Park’s skating rink around 11:00pm Saturday night when he saw 20-year-old Javier Contreras wearing a popular “Biggie” jacket from Marmot Mammoth. The gunman approached Contreras and demanded his coat, but when he refused, Dunton left the rink and returned several minutes later, firing three rounds from a .22-caliber pistol. Contreras was struck in the hand and the hip, but the third round hit another skater in the back, paralyzing 14-year-old Adonis Mera from the waist down, the Daily Mail reported.

What followed was an hour-long standoff between Dunton and the New York Police Department around 8:00am Sunday morning. Dunton took refuge in his mother’s Bronx apartment and took to social media as police surrounded the residence.

Nearly an hour later he posted, “Love all my real n—as all my real shortys feds trien [sic] kick down my door its over were do I go from hereeeee mannnnn do I end my life idk wat to do I fucked up.” 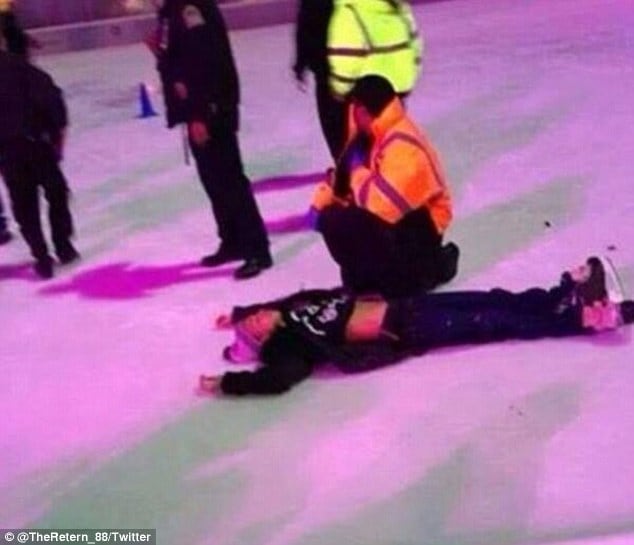 Mera was struck in the back by one of the .22-caliber bullets and is believed to be paralyzed from the waist down.

Several minutes later he posted again, writing, “These n—-s gunna [sic] have to take me out take my life these n—as been bangin for like a fuckin hour I ant goin to jail I reather take my life!!”

Dunton subsequently surrendered and was arrested without incidence. He was transported to the Midtown South precinct house in Manhattan where he refused to answer any questions and demanded a lawyer. Police believe Dunton is a member of the Bloods and according to a source at the NYPD, he and Contreras knew each other prior to the shooting.

Mera was taken to Bellevue Hospital where he remains in critical but stable condition. His family told New York Daily News they were distraught over their injured 14-year-old loved one and were concerned he may never be able to walk again.

Dunton has been charged with attempted murder, assault, criminal possession of a weapon and reckless endangerment.