After learning that a World War II veteran who passed away had no family to attend his funeral, hundreds of service personnel showed up to give the hero a proper send off while he was buried on Monday in Lancashire, United Kingdom. 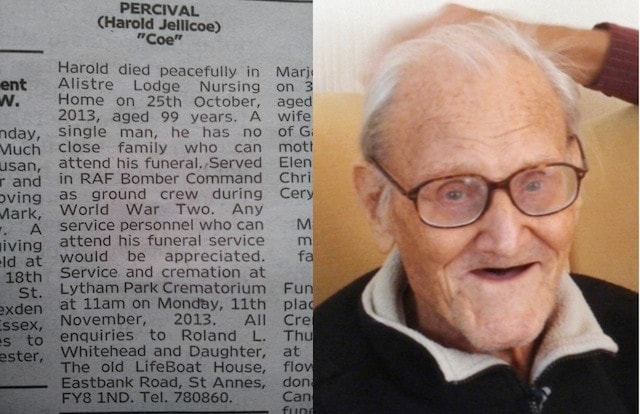 This vet may have been a “nomad” and led a solitary life, but hundreds of complete strangers showed up to his funeral to give the warrior a proper send off.

Former RAF bomber Harold Jellico “Coe” Percival passed away on Oct. 25 at the age of 99 as he slept quietly in his nursing home. While his life may have ended in solitude, he was surrounded by nearly 500 complete strangers who came to show their respects as the warrior was laid to rest at the Lytham Park Crematorium, ABC News reports.

The incredible display of honor happened after Sgt. Rick Clement, who lost both his legs in an explosion in Afghanistan in 2010, saw the vet’s lonely obituary and made a call to action.

“I need a big favour from any military or ex-serving members. This fallen soldier at 99-years-old is having a funeral Monday and he has no family to attend,” Clement posted to Facebook. “If you’re in the area give him the send off he deserves. This guy needs and deserves your help.” 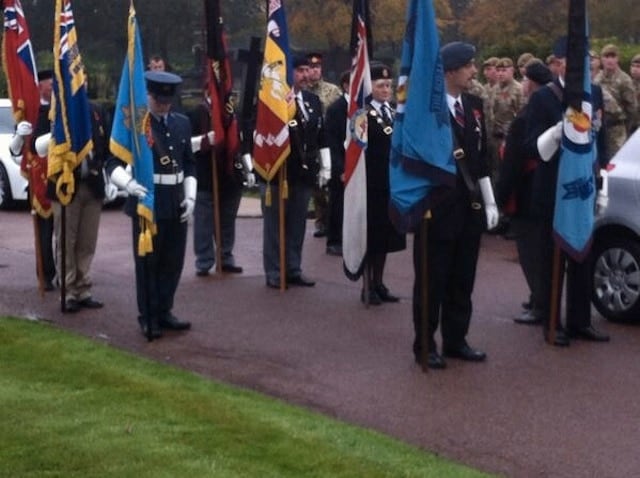 RAF standard bearers stand at attention as they prepare for the arrival of Harold Percival’s coffin at Lytham Crematorium.

The post went viral and was retweeted over 400 times. Hundreds responded to the call and faced the rain to be with Percival as the ceremony commenced.

“It was a wonderful sendoff for the old boy,” said Roland Whitehead, director of the funeral home.

Whitehead said the veteran was “a bit of a nomad” and “wandered the world.”