One of the first police officers to respond to the Sandy Hook Elementary School shooting last year now faces termination after not returning to work because of a severe case of Post Traumatic Stress Disorder.

Newtown Police Officer Thomas Bean told the Today Show the horrifying images that unfolded on Dec. 14 that left 20 children and six adults dead still affect him to this day. Bean, who was one of the first responding officers to the incident, said he has been plagued with PTSD, leaving him with sudden unexplained outbursts of anger and flashbacks so real he sometimes visually sees the horrific scenes out of the corner of his eye. 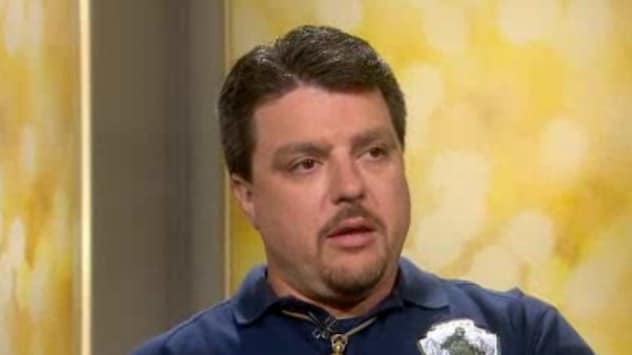 Bean has suffered from PTSD since responding to the Sandy Hook shooting.

“I can’t describe the overwhelming senses of emotions that I had,” Bean said. “That night I drank a lot. The next day, I wanted to cut myself because I just felt so numb.”

The officer has sought professional help from a friend who was a PTSD specialist and consulted with a doctor who recommended he not return to work. But Newtown Police Chief Michael Kehoe feels differently, and in August he sent a letter to Bean threatening termination.

While Bean is the only officer who has yet to return to the force since the massacre, he believes the town is not holding up their end of the bargain to protect their officers.

“They promised us – all of us, all the police officers – that if we do our job, and something happens, they’re going to take care of us,” Bean told the Today Show. “And they’re not holding up their word and that’s all we want them to do, for myself and for anybody else that this is going to happen to.”

The chief asked to meet with Bean “to discuss the issue of whether termination of your employment is necessary due to the medical disability and your options if that is true,” but Newtown police union President Scott Ruszczyk doesn’t believe Bean has any viable options to discuss. 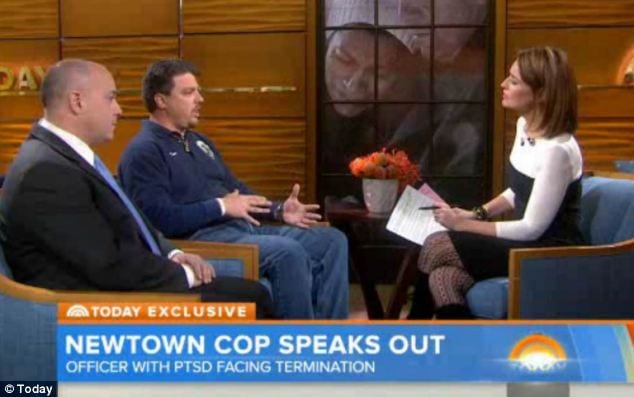 Bean’s doctor recommended he not return to work, but the Newtown police chief feels differently.

The town’s insurance policy only covers up to two years of long-term disability and if Bean were to remain under disability until he retired, the residents of Newtown would be required to pick up the remaining tab, which would be hundreds of thousands of dollars.

“The town tried to pinch some pennies by buying the wrong type of insurance policy,” said Eric Brown, attorney for the Newtown Police Union. “[Bean] acknowledges, based on his own reports, that he’s probably not going to be able to come back to work. The question is what type of benefit is he entitled to?”