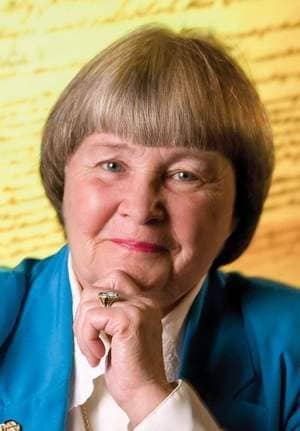 A Florida county is asking gun dealers to facilitate firearms transfers made between private buyers and sellers, reported Marion Hammer, the former NRA president, in an article published on Monday in the Tallahassee Democrat.

The Leon County Commission, by way of the county attorney general’s office, sent a letter to federal firearm licensees asking for their cooperation in implementing a “potential” ordinance that would require criminal background checks for sales between private buyers and sellers.

“In order to facilitate compliance with the potential ordinance, Leon County is seeking participation from FFL dealers to act as third party intermediary to request background checks on behalf of private sellers,” the letter states.

“As such, the private seller would first sign the firearm over into the inventory of a licensed dealer. The dealer would then conduct the background check. If the buyer is not approved, the dealer must also perform a background check on the seller before returning the gun. If the seller is not approved, the dealer takes control of the weapon,” it goes on to say.

From Hammer’s perspective, this is an infringement on one’s right to keep and bear arms and an attempt by the county to implement onerous gun control.

“Simply put, they want the gun dealer where you shop — who is your neighbor, whose kids go to school with your kids, whose family goes to church with your family — to sell you out for a gun control ordinance that will do nothing to stop crime or criminals,” she wrote.

However, some argue, like the Editors of the Tallahassee Democrat, that there is a nuanced aspect to this ordinance and it’s not as burdensome and comprehensive as critics, like Hammer, make it out to be.

For starters the law, passed in 1998, gives counties the option of requiring background checks and waiting periods only for gun sales that are made “on property open to public access,” e.g. a gun show at a convention center. Transfers or sales made at one’s residence and home are not included.

Additionally, a sale is defined as “the transfer of money or other valuable consideration for a firearm,” as noted by the editors of the Tallahassee Democrat. Therefore, if you give a firearm to a family member or neighbor outside your home, a background check would not be required.

So, to put it one way, this law which was designed to close the ‘gun show loophole’ is actually full of legal loopholes. And as Hammer noted herself, at least four counties that have adopted the background check requirement in the wake of its passage have since nixed it because it’s both ineffective and ultimately unenforceable.

For example, a private seller could meet a private buyer at a gun show and just leave the show to make the transfer at one of their homes. How are the authorities going to know where they met?

But then there’s the most obvious objection to the ordinance: it doesn’t really target criminals. Only law-abiding folks will comply with the ordinance. Criminals will continue to do what they do: flout the law.

It appears that the reason the Leon County Commission is looking into this flawed ordinance is because it’s feeling pressure to do something in response to recent mass shootings. While support for expanded background check laws remain popular amongst the public, there’s little evidence to suggest that they would have any statistically significant impact on crime rates. Nevertheless, pro-gun control advocates maintain that they have the potential to save lives.

The Leon County Commission will begin to official discuss adopting the ordinance in 2014. But, as Hammer explained, “They could stop this folly at their next meeting by revisiting the issue and taking it off the table completely. Or they can continue this assault on your rights.”

It’ll be interesting to see what they do.