The winner of the sixth annual Big Buck Gunter World Championship was crowned Saturday in Wicker Park, Illinois, winning first place and dragging down a huge chunk of the $63,000 in prize money after beating out 63 other top gaming competitors. 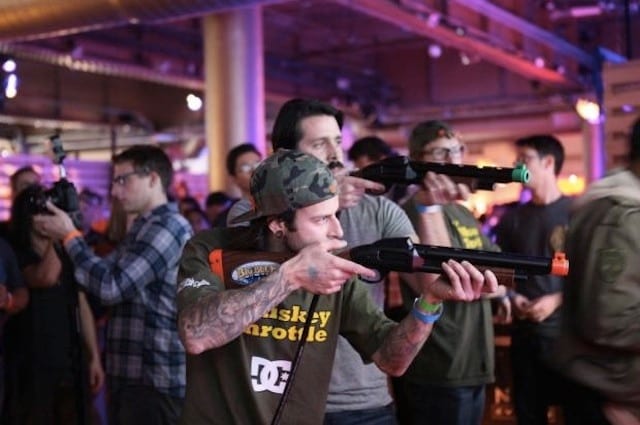 Players from around the world gathered to compete for the top prize at the 2013 Big Buck Hunter World Championship.

The competition was fierce. Players from around the country and one from around the world came to duke it out, but it was ultimately Wisconsin’s Trevor Gartner who shot his way to the top and walked away with a handsome $15,000 and a very shiny first-place trophy, lovingly dubbed “Pappy’s Jug,” DNAinfo reported.

Former Big Buck Australian champion 26-year-old Brenton Garritty was the only international player at the table and though he is steeped in the in’s and out’s of the game, he didn’t make the cut this year. But that doesn’t mean Garritty slacks when it comes to training for the event. The native Aussie takes his Big Buck gaming very seriously and spent countless hours preparing.

“Sometimes I’ll do six, seven, eight hour stints at the machine just trying to get the high score,” the native Aussie said.

But this wasn’t a men’s only gaming arena. The two-day event featured a ladies tournament on Friday night and the prestigious world championship on Saturday. Though according to Garritty, it was really more like an American championship. 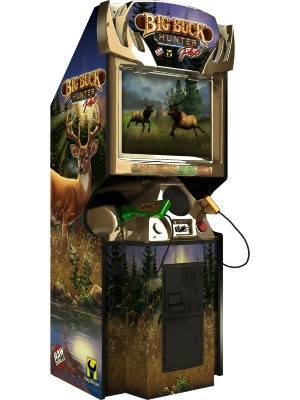 “It’s a typical American thing to call it a world championship even if it’s only Americans competing,” he said with a grin.

Washinton’s Melinda Van Hoomissen has attended for the last four years, and this time her dedication paid off. She clawed her way over the competition and won the ladies tournament, taking home $5,000 and the “Jugs of Destiny” trophy.

“It’s more exciting than you can imagine,” Van Hoomissen said. “With the lights and the cameras and the music and the heckling – it’s super exciting.”

But for most players, the event isn’t about the massive amounts money to be had, but the camaraderie between fellow players. According to 32-year-old competitor Derek Tower, who has participated in the tourney for the last four years, many of the players have formed lasting friendships.