Homemade silencers made for $8,000 sold to Navy for $1.6 million, authorities investigating 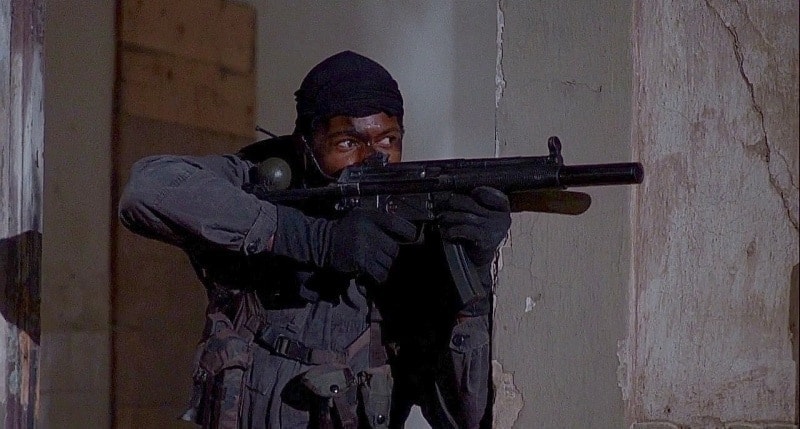 “Are you kidding me?” said Carlos C. Robles, the machinist who made 349 silencers for his boss at a cost of $8,000, including parts and labor, when he found out that they were sold to the Navy for $1.6 million.

Who could blame him? Given the known facts of the situation, that’s a pretty natural response.

See, Robles’ boss, Mark Stuart Landersman, a 52-year-old auto mechanic from Temecula, California, was awarded a handsome contract by the Navy to make silencers in Auguts 2012.

Some may call it a stroke of luck because Landersman was facing hard times, struggling to make ends meet. Earlier that year, he and his wife declared bankruptcy. Now, the Navy was dumping $1.6 million into his lap.

Others, however, believing that no one is that lucky, began to suspect something was up. After all, why would the Navy pay an auto mechanic such a large sum of money to make silencers?

So began the Federal probe into the matter, which revealed that Landersman’s has a brother. His name is David W. Landersman, the senior director for intelligence in the Navy’s directorate for plans, policy, oversight and integration intelligence. Which is a fancy way of saying the guy who calls the shots.

Investigators also discovered that before Landersman was given the funds, his brother had sent him several emails about how to make silencers, including a website with do-it-yourself instructions.

“Wow! Very simple,” Mark Landersman replied in an email on Aug. 14, 2012, according to the charging documents obtained by The Washington Post.

David Landersman was smart though, well, kinda smart. Instead of giving the money directly to his brother, which may have been a huge red flag, he funneled the money through California Analysis Center, Incorporated, a major military contractor.

Two days after the money was deposited, he told leadership at CACI to give the money to his brother’s company without testing the market for other bids or subcontractors because it was “the only responsible source for the engineering expertise sought” and that “their product is first that incorporates a unique design that significantly reduces the decibel ratings to near background noise levels.”

CACI followed orders and Landersman received the check for $1.6 million.

In addition to manufacturing the 349 silencers, Landersman went on a shopping spree. He purchased the following, as the Post reported:

Both brothers have denied any wrongdoing.

An attorney for David Landersman, Stephen M. Ryan, told the Post, “I’m confident that he did nothing wrong and will be fully exonerated,” adding that Landersman is a retired Marine colonel and decorated combat veteran who served in Somalia and did multiple tours in Iraq.

John Zwerling, Mark Landersman’s lawyer, echoed those thoughts, “We have been living with this set of facts for months. We are convinced that he has committed no crimes.”

Mark was arrested on Oct 29. He’s being charged with charged with conspiracy to commit wire fraud and to transport unregistered firearms. That latter charge stems from the fact that he did not include serial numbers or the name of his company on the silencers, which is against federal law.

Back in the Spring, David Landersman was put on administrative leave. But, so far, no charges have been filed. Two other high-ranking Navy leaders, known by authorities as “Conspirators,” are also under investigation for their involvement in the deal.

As for the silencers, it’s unclear what or who they were intended for. However, a Navy official told The Washington Post that they may have been for SEAL Team 6. But that information could not be confirmed.