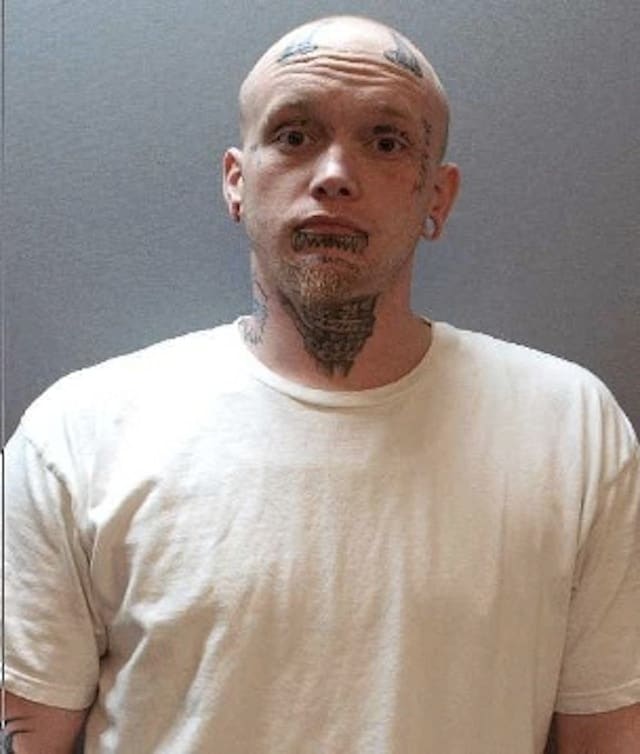 Wanted fugitive Nicholas Emond, also known as Sin Demon, took time away from fleeing so he could set the record straight by commenting on his ‘most wanted’ photo on Facebook.

A New Hampshire fugitive stopped fleeing long enough to make several comments on his own “most wanted” Facebook photo.

Nicholas Emond may be the U.S. Marshals Service’s “Fugitive of the Week,” but this “Armed & Dangerous” convict found his booking photo on the WMUR Facebook page and couldn’t resist setting the record straight.

Emond, also known as Sin Demon on Facebook, pounded away at the keyboard, chastising all the naysayers who judged him for his tattoos, WMUR reports.

He also defended himself against the federal government, claiming his charges were “BS” and that he wasn’t armed and “certainly not dangerous.” From behind the veil of a shining screen, Emond gave thanks to the few who stood up for him. He admitted he was “far from an angel,” but assured the readers he was “even further from the dangerous criminal” he had been made out to be.

According to the U.S. Marshals Service, the New Hampshire Joint Fugitive Task Force is searching for Emond after he violated the conditions of his supervised release. He has a prior conviction involving a firearm and should be considered “Armed & Dangerous.” 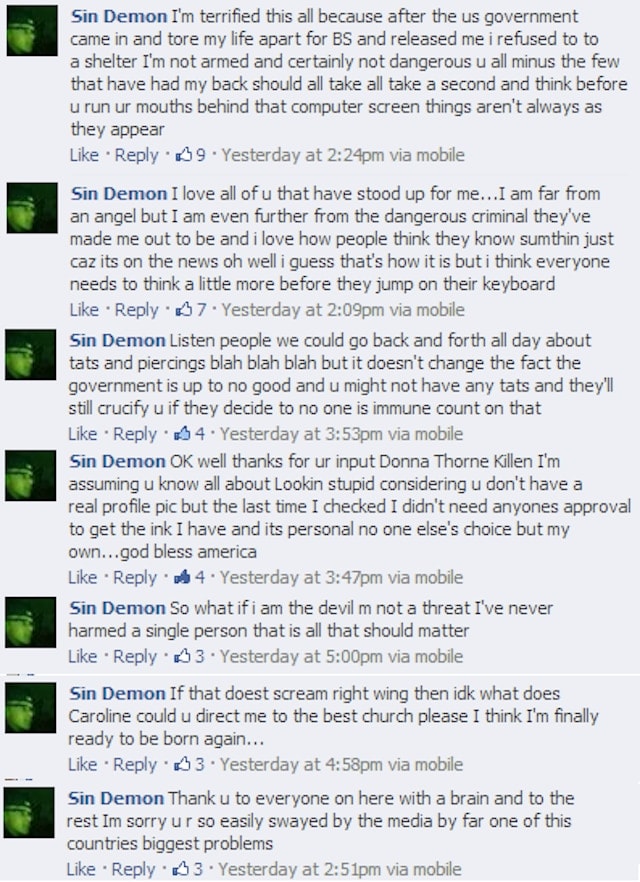