Paralyzed man hunts from his wheelchair with aid of specialized equipment 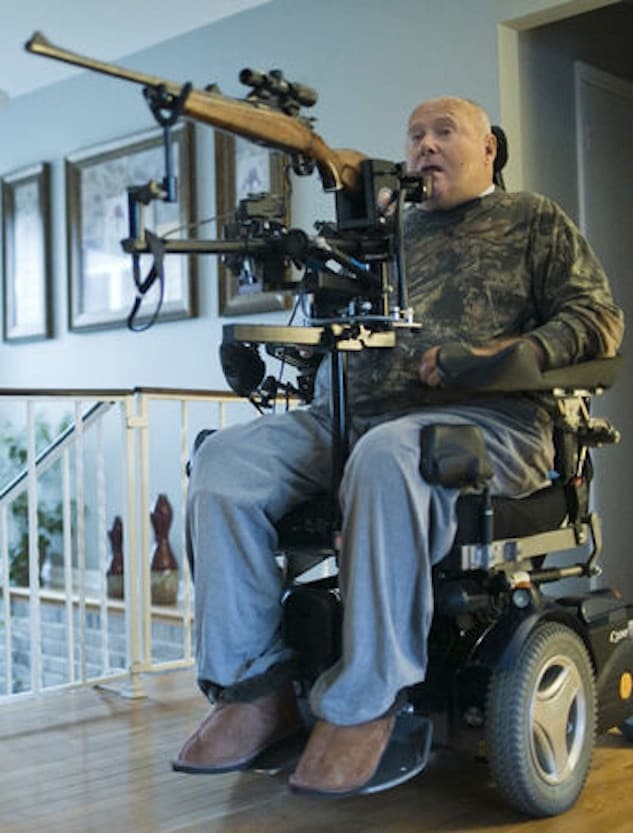 After suffering a serious car crash, avid hunter Jake Veltman was left without the use of his limbs. This shooting apparatus helped him to get behind a rifle once again.

An avid Muskegon, Michigan, hunter uses specialized equipment to finally get back to the sport he loves after a tragic car accident left him paralyzed from the neck down.

While traveling to his Oceana County hunting property in November of 2005, now 71-year-old Jake Veltman was involved in a violent car crash that left him without the use of his limbs. Veltman was devastated to learn he would no longer to be able to trek into the woods and hunt. But with the addition of a specialized hunting apparatus to his wheelchair in 2009, the outdoorsman has been able to get behind a rifle again, MLive reports. 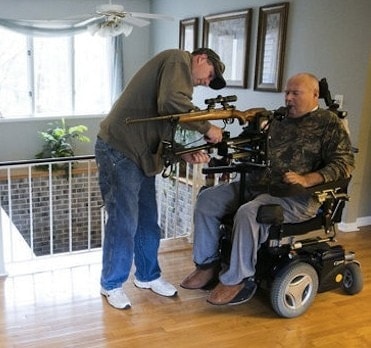 With help from family, Veltman is ready to bag another deer.

“It’s quite a pick-me-up,” Veltman said. “I feel alive again. Hunting is something I love to do and I never thought I’d do again until they made it possible.”

Be Adaptive, a company that produces American made hunting equipment for the handicapped, has a product that allows a gun to be fired by blowing into a tube. With the help of his family, Veltman attached the $2,000 Sip and Puff and has been hunting ever since.

Having bagged more than 35 deer, hunting was a huge part of Veltman’s life. However, it wasn’t just about the thrill, but enjoying the serenity that comes along with nature.

“I love being outdoors,” he said. “It’s not just the hunt. I like to listen to the birds and watch the squirrels. I have fun even if I don’t get a deer. It’s still enjoyable being with Mother Nature.”