Evan Booth with Terminal Cornucopia posted a YouTube video showing how to build a “FRAGGuccino” frag grenade out of common items that can be found in airport gift shops located past security checkpoints. 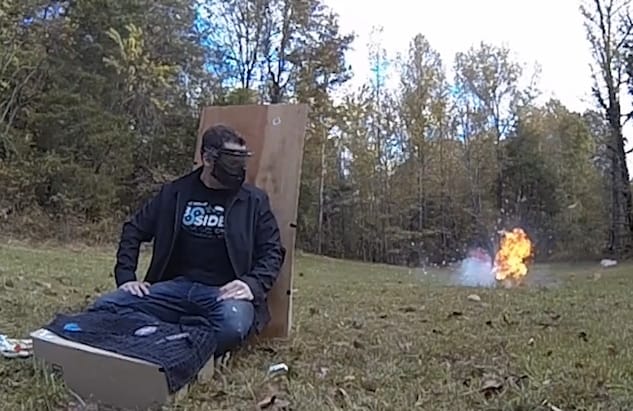 Booth tosses the FRAGGuccino over his shoulder and several seconds later, it detonates with considerable force.

Booth began his project with one clear question in mind: “Can common items sold in airports after the security screening be used to build lethal weapons?”

The independent security researcher created a set of rules to abide by while conducting his experiment. The first was that all items must “be sourced inside the terminal after security” checkpoints. Second, only cash and a “small, travel-approved multitool can be carried into the terminal.” Finally, anything that would raise suspicion is off limits.

Booth has already considered the possibility that terrorists may see his tutorial, and has reported his findings to the Department of Homeland Security so they may be better equipped to deal with these types of potential threats, he said.

But the FRAGGuccino is only one in a list of weapons Booth has created under the same rules and guidelines. He’s also released how-to videos showing the construction and application of a blowgun, several types of bludgeoning instruments, a blunderbuss, a 1-ounce pewter slug that could be used as part of a projectile weapon, and others. Again, Booth only used materials for these weapons that are found after the security checkpoints. 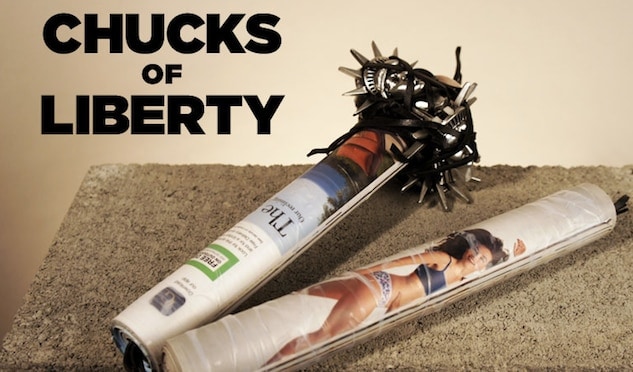 Made with magazines, belts, floss, tape and Statue of Liberty magnets, this nunchuck type weapon is strong enough to demolish a coconut. 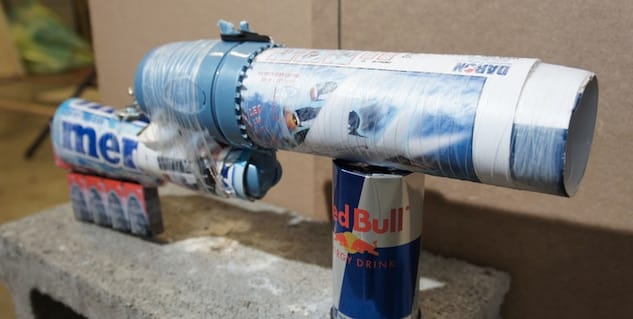 This blunderbuss uses heat generated from electricity to burst a condom filled with water, which in turn detonates a Red Bull can filled with change. The round is powerful enough to easily blast through a sheet of drywall. 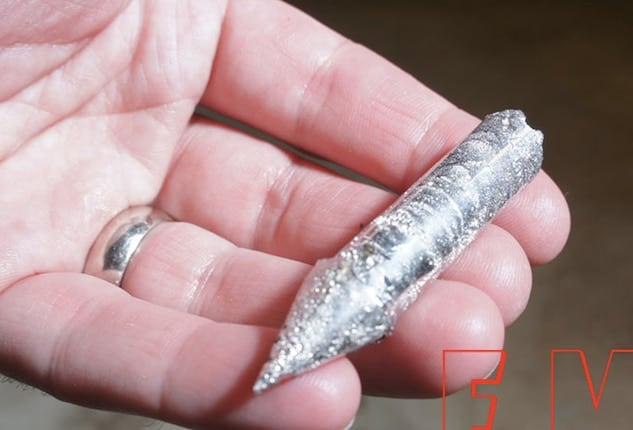 Using an Axe deodorant can as a heat source, a pewter spoon is melted down and funneled into a cast to create a 1oz. slug.

With tape, belts, magazines, dental floss, a metal pencil sharpener and The Constitution, this spiked club is sturdy enough to obliterate a coconut. 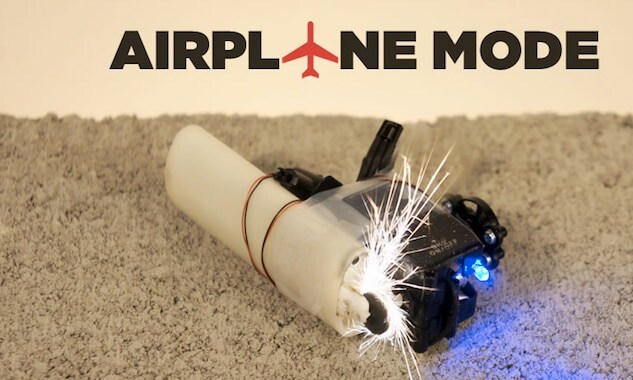 The most expensive of the bunch, this weapon uses the motor from a quadracopter to throw off a shower of sparks.