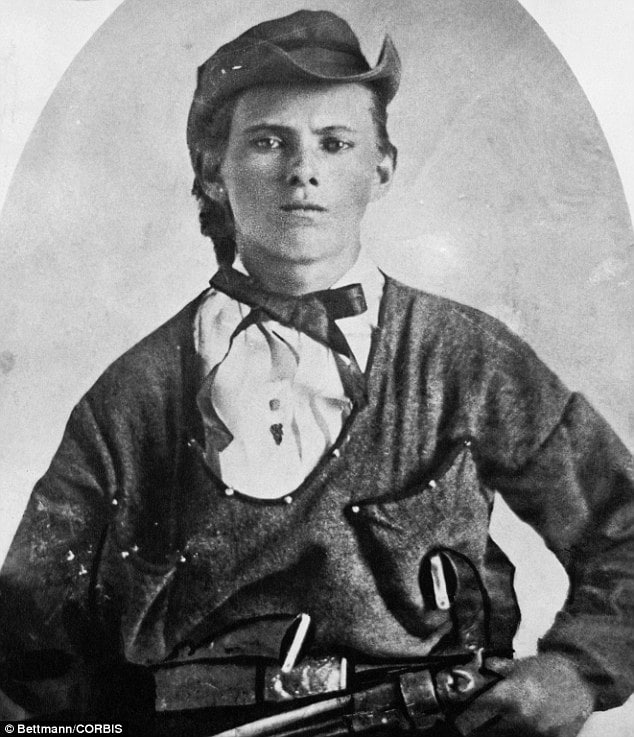 Over a century after the death of notorious Wild West outlaw Jesse James, the gunslinger’s Colt .45 revolver is going up for auction and is expected to sell for more than $1.6 million.

The revolver is steeped in history and has been well documented since it left Jesse James’ hands after he was assassinated in 1882 by Robert Ford, a member of his own gang. The weapon’s story is nearly as interesting as the man who owned it, and more than 130 years after his death, the Colt. 45 will be auctioned off to the highest bidder.

The Colt .45 has been well-documented since it left Jesse James’ hands in 1882.

The infamous outlaw’s weapon is highly coveted by gun collectors and while the bidding is set to start at $400,000, the price is expected to rise into the millions. 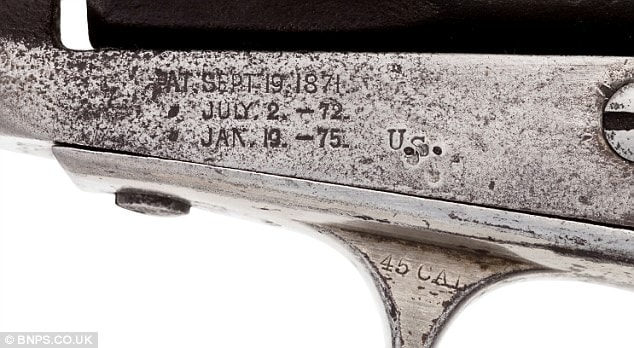 The 1871 stamp shows the weapon was made 11 years before James’ death.

“Jesse James is the ultimate Western outlaw and this gun is the holy grail for collectors,” said Tom Slater, Americana expert at Heritage Auctions. “He often took guns from the people he robbed so there’s every chance this gun didn’t start out life as his.”

After Jesse James died, his gun was passed down to his son, Jesse James Jr., who in 1923 kept the weapon in a display case in the back of his car and charged people a quarter to view it.

After being involved in a serious car accident and unable to pay his medical bills, Jesse James Jr. gave up the pistol to his doctor as payment. The doctor kept the revolver until he died, at which point it ended up in the hands of Missouri senator, who later passed it on to another congressman. Then in 1975 it was sold to a collector. 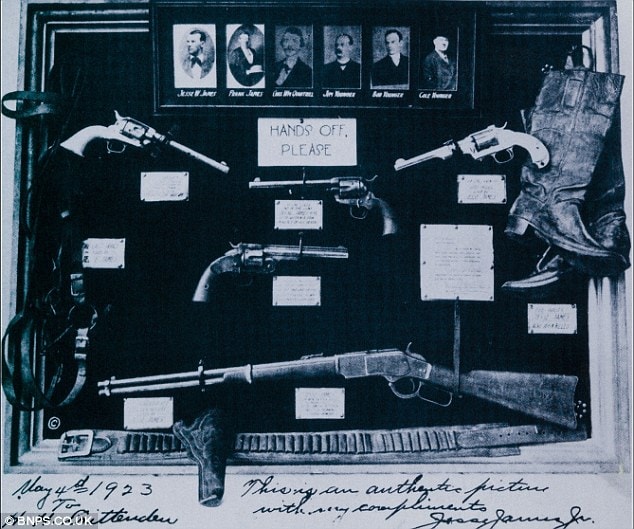 A display of various weaponry and other miscellaneous items from the James gang, including his Colt .45 revolver.

In short, the weapon quite verifiably belonged Jesse James himself. And therein lies the exorbitant starting price and its prestigious nature.

“Put simply, it is one of the most important firearms ever to appear at auction,” Slater said.