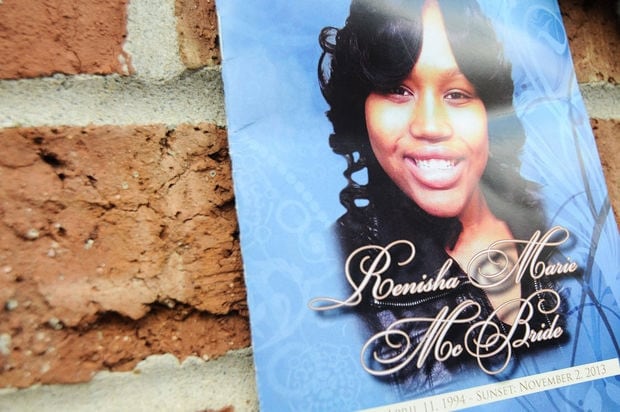 In the pre-dawn hours of the morning of Nov. 2, 54-year-old Theodore Wafer fatally shot 19-year-old Renisha McBride in the face while she stood outside on his front porch.

McBride had apparently stumbled her way to Wafer’s residence in Dearborn Heights, a suburb of Detroit, after smashing her white Ford sedan into a parked car. She was drunk, with a blood alcohol content two times the legal limit (.218).

According to a statement released by Wayne County Prosecutor Kym Worthy, “McBride was observed to have blood on her body and appeared to be disoriented when she left the scene on foot.”

At 4:42 a.m., police received a call from Wafer, sounding distressed, he told the dispatcher, “I just shot somebody on my front porch with a shotgun, banging on my door.”

When police arrived on the scene of the shooting, they “observed the lifeless body of Ms. McBride in the front porch area of the defendant’s house,” according to the prosecutor’s statement.

“McBride was found with a large gunshot wound to her face. It is alleged that Ms. McBride was unarmed when she was shot by the defendant as she knocked on the front screen door of the house. There were no signs of forced entry at the location,” the statement continued.

Under Michigan law, one has a right to defend oneself in one’s home against an imminent threat. Though, Worthy does not believe that McBride, a former high school cheerleader, posed a danger to Wafer, ergo his decision to shoot Wafer was unlawful.

“We do not believe he acted in lawful self-defense,” she told The Associated Press.

She went on to explain how the law applies in home-defense situations, emphasizing the need for one to show a “honest and reasonable” belief of danger. 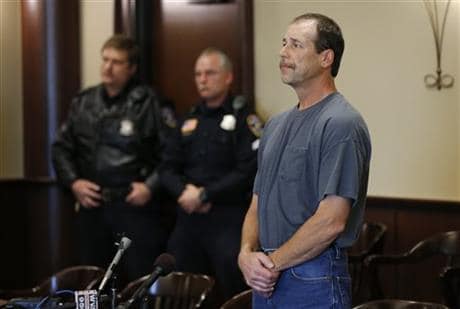 On Friday, her office charged Wafer with second-degree murder, manslaughter and a felony weapons charge.

Given the fact that Wafer is white and McBride is black, the case has attracted the attention of various civil rights groups such as the NAACP and Rev. Al Sharpton’s National Action Network. Those who’ve attended gatherings have drawn comparisons to the high-profile Trayvon Martin case, involving a 17-year-old who was fatally shot by white/hispanic neighborhood watch volunteer George Zimmerman.

Worthy, however, dismissed the idea that race played a factor in the case or the charges against Wafer.

“It’s always interesting to me what the public makes their decisions on when it comes to one way or another,” Worthy said. “In this case, the charging decision has nothing whatever to do with the race of the parties. Whether it becomes relevant later on in the case, I don’t know. I’m not clairvoyant.”

Gerald Thurswell, an attorney representing McBride’s family, echoed those thoughts, telling the AP that skin color does not have any bearing on the facts of the case.

“We didn’t want to make this a racial situation. We didn’t want to inflame anybody,” Thurswell said. “The family is not taking a position that this is black or white. You don’t take a gun and shoot somebody because there’s a noise outside.”

Walter Ray Simmons, McBride’s father, said that Wafer is a “monster,” and that he just wants justice for his grieving family.

“I couldn’t accept no apology because my daughter don’t breathe no more,” Simmons said. “I believe this man took my daughter’s life for no reason. We just want justice done.”

Meanwhile, as a local Detroit Fox News affiliate reports, Wafer’s bond was set at $250,000 and a preliminary examination was set for Dec. 18. He answered “yes” in response to the judge’s questions. Wafer was released on bail.