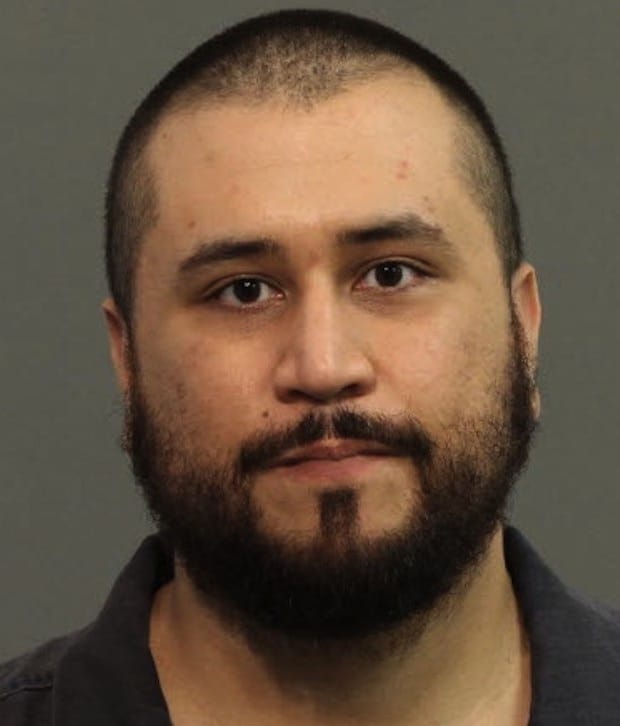 Zimmerman was arrested for allegedly attacking his girlfriend.

George Zimmerman, the man acquitted for the controversial death of a Florida teen over the summer, faces charges of domestic battery and aggravated assault for allegedly pointing a shotgun at his girlfriend in Apopka, Florida, this afternoon.

According to the arrest report, Zimmerman and his girlfriend, Samantha Scheibe, got into an argument where she told him to get out of her house.

Zimmerman began packing his things, including an AR-15 and a shotgun, which he packed into a single case.

Scheibe told deputies that Zimmerman “cocked” the shotgun before inserting it in the case, but she didn’t know if it was loaded or not.

As Zimmerman packed his stuff, Scheibe began placing items in the front of the house and outside the door, at which point Zimmerman got upset. He removed the shotgun from its case, pointed it at Scheibe for a minute and asked her if she really wanted to do that, according to the report.

As Scheibe stepped back, Zimmerman smashed the glass coffee table with the butt of the gun and told her to leave.  As she approached the door, Zimmerman ultimately pushed her out and locked the door behind her. He then barricaded the door with several pieces of small furniture, authorities said.

Outside, Scheibe called 911 for assistance. When deputies arrived they saw that she was not injured. Deputies then used her house key to go inside where they pushed through the barricade behind the door and found Zimmerman inside unarmed. He surrendered without incident and the transported him to the John E. Polk Correctional Facility at 1 p.m.

Zimmerman was charged with domestic battery, domestic aggravated assault and criminal mischief.  He will remain on no bond status pending first appearance.

Scheibe told authorities that she was concerned for her safety and expressed her desire for prosecution.

We’ll have more on this story as details become available.

(Daniel Terrill contributed to this story)