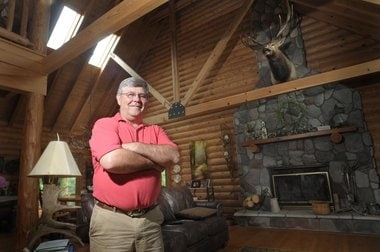 A majority of the Michigan Senate voted last week to overturn the state’s ban on short-barreled shotguns and rifles.

Under current state law, one is prohibited from manufacturing, selling, offering for sale or possessing a short-barreled shotgun or rifle. A person who violates the law is guilty of a felony punishable by up to 5 years in jail and a fine not to exceed $2,500. However, there is an exception if the firearm is considered to be an “antique” and not likely to be used as a weapon.

“In Michigan, only people who wish to spend a considerable amount of money to own an antique version of this firearm may own them,” said Robert Ianni of the Michigan Attorney General’s Office told M.Live.com. “But if you want a replica of that antique, you can’t buy one. In reality, it’s the law itself that is an antique.”

Senate Bill 610 passed by a vote of 36 to 2. The National Rifle Association, which endorsed the bill, called it “pragmatic legislation,” because it aligns “Michigan with the more than 40 other states that allow their residents to possess these firearms,” under The National Firearms Act (NFA).

The NFA restricts sales, ownership, use and transport of short-barreled rifles, short-barreled shotguns, machine guns and suppressors, and “destructive devices.”

While owning them is still technically legal, they must be registered (which isn’t exactly easy) and they are taxed more heavily ($200 for owning a silencer, for example, or as low as $5 for some smooth bore pistols, like the Serbu Super Shorty). Anyone wanting to own one or manufacture one has to go through the BATFE for approval, as Guns.com writer David Higginbotham explained in Gun Law 101: National Firearms Act of 1934.

According to the Senate Fiscal Agency, there were 69 felony convictions for individuals who made, sold or possessed short-barreled shotguns or rifles in Michigan last year. Though, as M.Live.com noted, it is unclear how many of those individuals were in compliance with federal law at the time they were prosecuted under state law.

SB 610 will now make its way to the state House for consideration. Given the fact that the Michigan State Police are neutral on SB 610 and no opposition testimony was offered during the Senate hearings, it seems likely that the House will approve the bill.