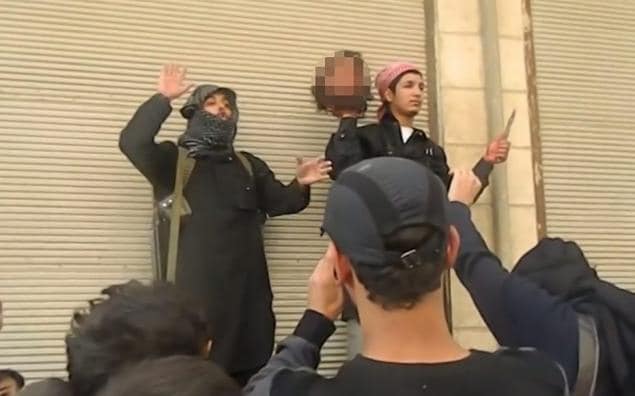 Syrian rebels triumphantly display the severed head of a man they declared to be their enemy. The head was later identified to belong to fellow rebel fighter, Mohammad Fares.

Al Qaeda-linked Syrian rebels publicly apologized Thursday for mistakenly beheading a fighter who they believed to be a government soldier, and have asked for “understanding and forgiveness” in the matter.

In a video posted online, the anti-government rebels hold up for display the severed head of a bearded man who they declared to be a member of an Iraqi Shia militia that fights for their sworn enemy, President Bashar al-Assad. However, it was later discovered the head actually belonged to Mohammed Fares, their ally and anti-government fighter for the Sunni Islamist rebel group Ahrar al-Sham, CNN reports. 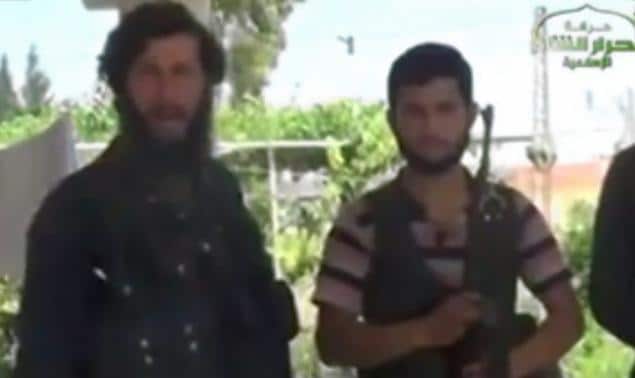 Mohammad Fares, pictured left, stands beside fellow Syrian rebel. He was reported missing several days before he was beheaded.

A spokesman from the al-Qaeda affiliated Islamic State of Iraq and al-Sham (ISIS) confirmed Fares’ identity and said the Ahrar commander had been reported missing several days prior to his beheading, according to The Telegraph.

Fares had been seriously wounded during a skirmish outside of rebel-held Aleppo. ISIS members transported him to a makeshift hospital, but when he called out the names of two prominent figures in Shiite Islam, they assumed Fares was a government fighter and he was subsequently decapitated.

In the ISIS issued statement, Omar Al-Qahatani said, “We call on God to accept Mohammad Fares into his Kingdom and to forgive his brothers that sought to rid us of the enemies of God and our enemies.”