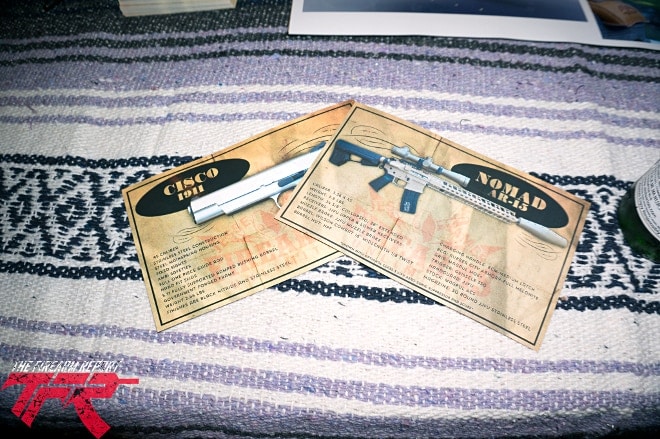 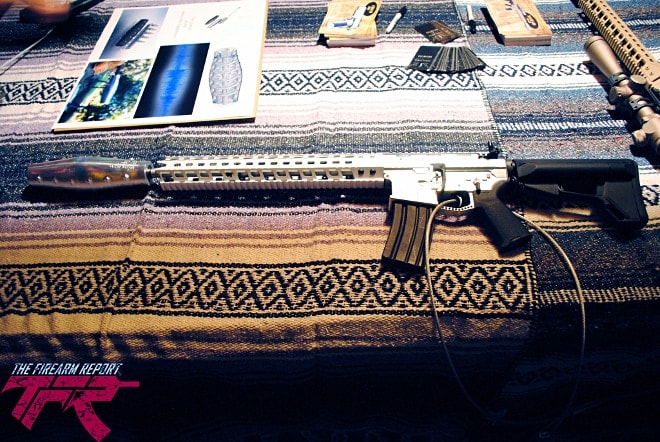 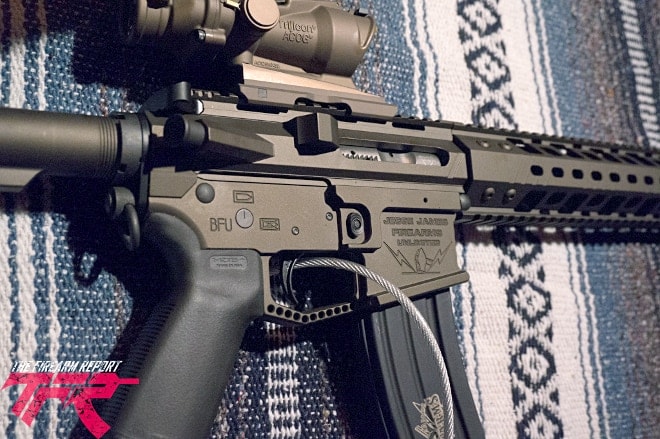 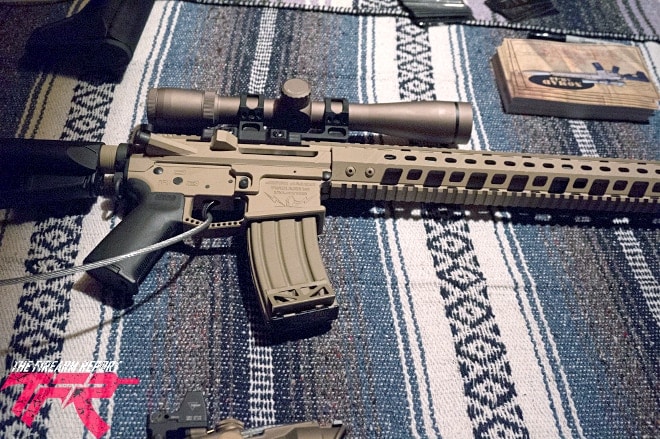 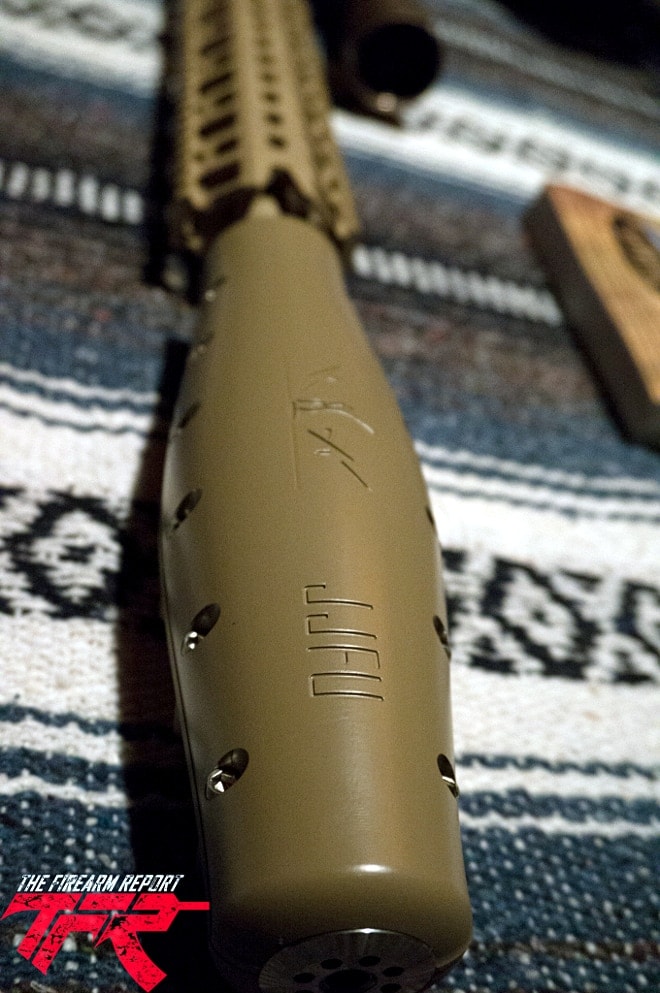 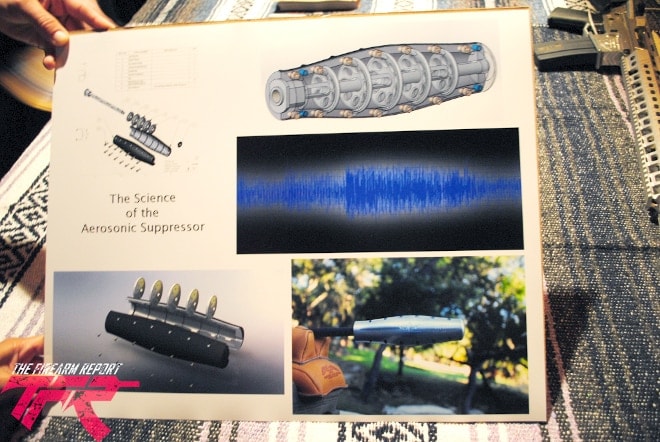 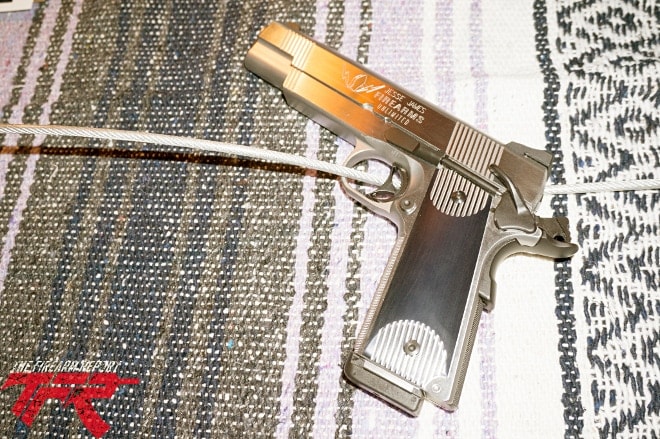 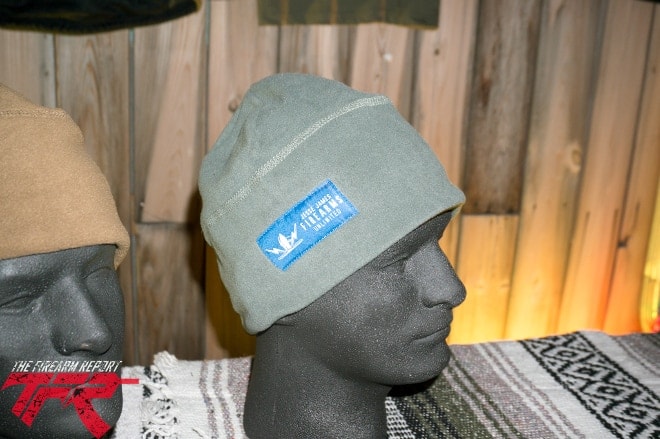 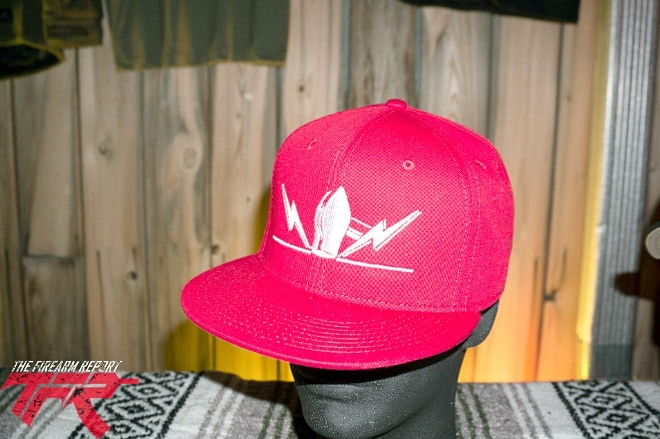 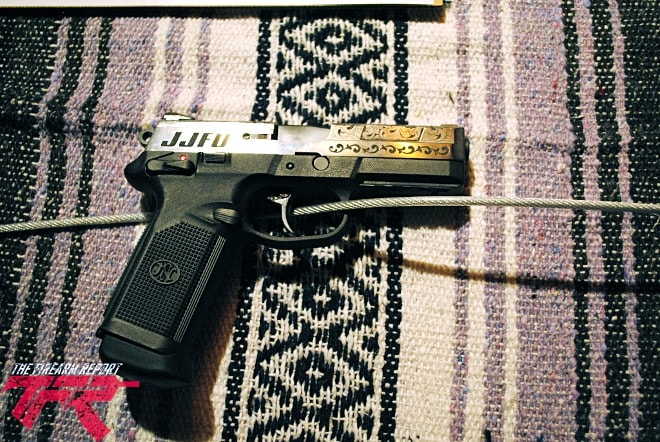 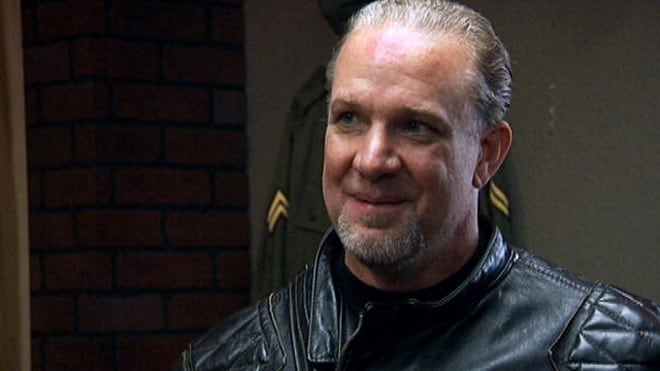 About the guns: it looks like Jesse James’ first guns won’t be made in-house. His company is going to buy them from other manufacturers and customize them after the fact. The 1911 is reportedly an STI custom with the Jesse James Firearms Unlimited logo and a significant JJFU markup. It has a five-inch bushing barrel, full-length guide rod, hand-fit slide, ambi safety and all stainless-steel construction. They will naturally be chambered for .45 ACP.

For the double-stack inclined there will also be a JJFU-stylized FNX .45.

So far know one knows what the logo is supposed to be. The most prevalent theory is that it is a flying Pope hat being struck by lightning, which is an interesting marketing take.

The ARs may be machined in-house but if anyone recognizes those receivers as manufactured by another AR company we would not be surprised. They are a proprietary design equipped with a Geissele trigger, Rubber City Armory bolt carrier group, Bravo Company charging handle, Magpul furniture, Wilson Combat barrel and custom in-house handguard.

The ARs will be offered with a suppressor that’s shaped like sine wave and is based on the theory that if it looks different it must work better. There will also be an optional scope that is almost certainly not going to be made by JJFU.

The pricing on these guns is expected to be around $3,500, which is a pretty steep premium for the Popestrike engraving. For everyone not willing to spend that much money on the guns can don the Popestrike with JJFU sportswear.