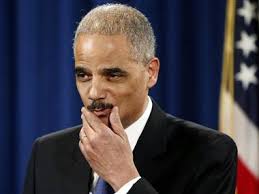 Facing a contempt of Congress charge for refusing to turn over to House investigators subpoenaed Dept. of Justice documents concerning Operation Fast and Furious, the fatally-flawed gun walking program, U.S. Attorney General Eric Holder is appealing a judge’s ruling that the case against him should proceed.

Last Friday, Holder filed a motion requesting that U.S. District Court Judge Amy Berman Jackson permit the U.S. Court of Appeals for the D.C. Circuit to review the case against him before it is allowed to continue.

Holder and the DOJ contend that the courts should not interfere in what they consider to be a trivial spat between the executive and legislative branch because it could set and unfortunate precedent and make things more complicated down the road when other disagreements between the two branches arise.

In her own ruling back in October, Jackson already shot down that argument, saying that the courts do have an interest in helping to resolve the dispute. Though, she did not rule on the legality of President Obama’s invocation of executive privilege to protect Holder and to keep him from having to turn over the internal DOJ documents.

Nevertheless, Holder and the DOJ are urging Jackson to reconsider and have the appeals court weigh in on the matter.

“Absent settlement (which depends on the willingness of both parties to achieve a negotiated resolution), or an immediate appeal, this Court will proceed toward deciding the scope of the President’s assertion of Executive Privilege in response to a congressional demand, and will do so absent a definitive ruling from the Circuit that such a novel judicial inquiry, in a suit instituted by a Committee of Congress, is appropriate under the law, including the Constitution,” the DOJ motion argued.

“The very experience of participating in such proceedings will cause harm — to the Defendant, the Executive Branch, and the separation of powers — that cannot be reversed if the D.C. Circuit ultimately rules in Defendant’s favor on the threshold questions presented,” the motion continued.

“In light of the harm to the separation of powers that such an adjudication would entail, including the impact of such proceedings on the negotiation process between the political Branches — a process that has generally proceeded without judicial involvement since the inception of congressional oversight — Defendant’s jurisdictional objections should be resolved by the Circuit before this Court takes such a momentous step,” it concluded.

In short, Holder wants a second opinion. But, perhaps more importantly, he wants to delay the case against him for as long as he possibly can. Whether or not that’s because he’s got something to hide is open for debate. However, what’s clear is that Fast and Furious was a colossal disaster that happened on his watch.

Under the auspices of the DOJ and the ATF, federal agents instructed law-abiding and responsible gun dealers to sell weapons to suspected straw purchasers who had ties to known Mexican drug cartels. The goal of Fast and Furious was to trace these firearms back to cartel leaders so that law enforcement, on both sides of the border, could make one big raid.

Of course, that never happened. In part, because Mexican officials were largely in the dark about the operation, but also because DOJ and ATF leadership proved to be grossly incompetent, as congressional investigators noted in a Joint Staff Report that extensively examined the operation.

Consequently, approximately 2,000 firearms crossed the U.S.-Mexico border undeterred. Approximately 1,400 of those firearms are still unaccounted for.