This guy obviously drew the short straw. After giving his leg a quick scrub, one audacious snake hunter wrapped his limb with some cloth and proceeded to stick it down a giant snake hole that was home to a giant python snake. 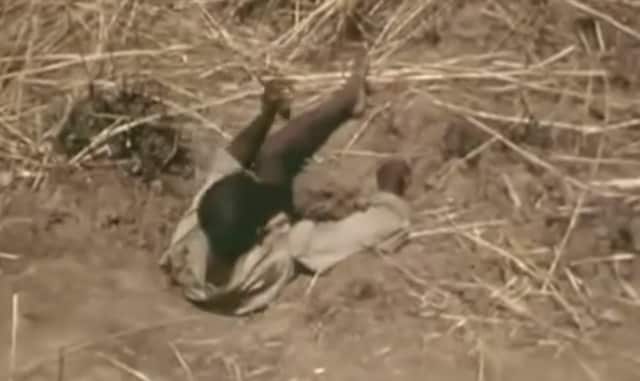 This snake hunter was brave enough to let a python swallow his leg.

The massive serpent quickly detected the intruder and latched on, preparing to feast on “man leg.” As the python began choking down its meal, the man’s comrades were quick to provide aid, cushioning the man with some chopped leaves. Because that’s exactly the kind of support he needed at that moment.

Once the signal was given, the group grabbed hold of the man and dragged him out of the hole, an enormous python in tow. With some yanking and cutting, the snake was removed from the man’s leg and the python was beheaded.

I can’t help but think there must be a safer way to extract an enormous python from a dark hole. Any ideas? 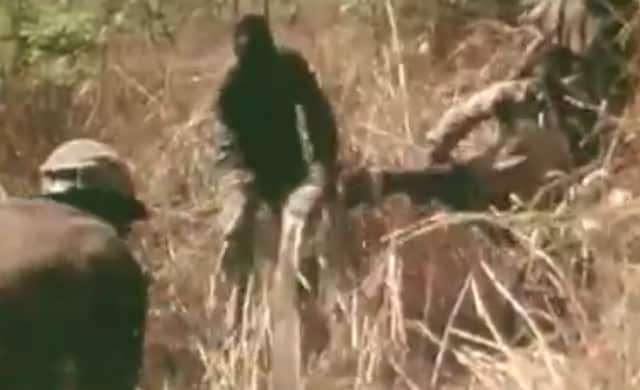 His friends helped drag him out of the hole with a 20ft python attached to his leg.