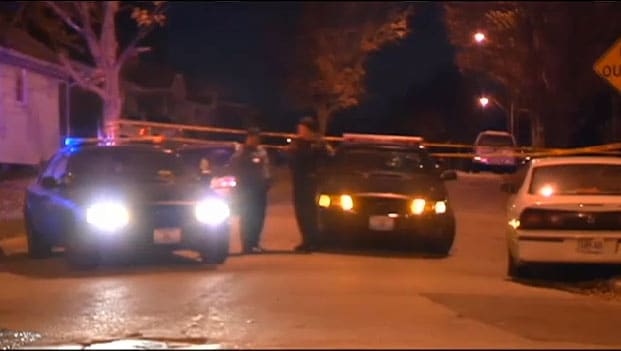 Police received a call at 1:30 a.m. after the man had forced his way inside, sexually assaulted the woman, and then was shot by his victim. (Photo credit: KCTV)

A woman shot and killed a man early Thursday morning after he forced his way into her Kansas City home and sexually assaulted her.

The woman heard a knock at her door and when she went to answer it a young man asked for a person who did not live there. Apparently the woman told him that he had the wrong house, but he then forced his way inside, the Kansas City Star reports.

Once inside, the man, who was later identified as 24-year-old Paul J. Williams, forced the woman to her bedroom and sexually assaulted her.

Following the assault, Williams went towards the kitchen and that’s when the woman, who is in her late 60s but has not been identified by name, grabbed her revolver.

According to the woman, Williams started to come towards her again, so she shot him once and he immediately collapsed. A neighbor heard the gunshot then saw the woman walk out of her home, asking for help.

Police arrived about 1:30 a.m. and found Williams’ lifeless body inside the woman’s home. Officers collected evidence from the house and detained the woman for questioning. She was released later that afternoon.

Apparently Williams was released from prison last year after serving time for one burglary and two robbery convictions from 2006 in Kansas City. When he was only 17-years-old, prosecutors also accused him of using a tire iron during a home invasion robbery where $400 in cash and two laptops were stolen.

Williams’ death was listed as a homicide, which simply means that he died at the hands of another person. Although it’s not likely, the District Attorney will decide if the woman will face any charges for Williams’ death.