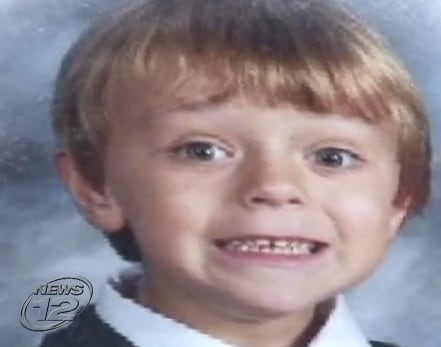 A New Jersey man pleaded “not guilty” to child endangerment charges stemming from a tragic incident in which his 4-year-old son fatally shot and killed a 6-year-old boy with the man’s .22-caliber rifle.

Instead of taking a plea deal that would have put him behind bars for 7 years, Anthony Senatore is opting to take his case to trial believing that his culpability in the boy’s death does not warrant prison time.

On Monday, Robert Ebberup, an attorney representing Senatore, made the announcement at an arraignment before Superior Court Judge Wendel E. Daniels.

“I plead not guilty on behalf of my client,” Ebberup said, with respect to the six counts of child endangerment that Senatore faces.

On April 8, Senatore’s 4-year-old son grabbed his loaded .22 from his bedroom. The boy then brought the gun outside of the family home in Toms River, New Jersey, and fired one shot that hit 6-year-old Brandon Holt in the head, fatally wounding him.

Authorities told the Asbury Park Press that along with the .22 caliber rifle, there were four shotguns that were “unsecured” in Senatore’s residence, meaning that they were in close proximity to ammunition and accessible to Senatore’s children, who were ages 12, 8 and 4 at the time of the shooting.

“My position right now is, we don’t feel that jail is something that is appropriate,” said Ebberup to the press following the arraignment, adding, “This is a civil case; this doesn’t belong in a criminal courtroom.”

Ebberup also expressed the remorse Senatore feels for the boy and his family.

“My client is deeply horrified over what took place and feels awful about it,” Ebberup said. “Brandon Holt was a wonderful, wonderful little boy. We just hope that he’s in heaven right now. We’re sure he is.”

Senatore is scheduled to appear in court on Jan. 27 for a conference with the judge.

In addition to facing the criminal charges against him, Senatore and his wife are being sued by the Holt family, who claim they both acted recklessly in the death of their son. They are seeking more than $1 million in damages.