For information junkies, using the Internet is like drinking from a fire hose. Recently the ease of publishing user-created material with services like YouTube and Soundcloud means we’ve got more to trawl through than ever. That’s great, but it also means excellent material can get buried in an avalanche of content. But we at Guns.com want to make it easy for you. Here are five little gems worth checking out. 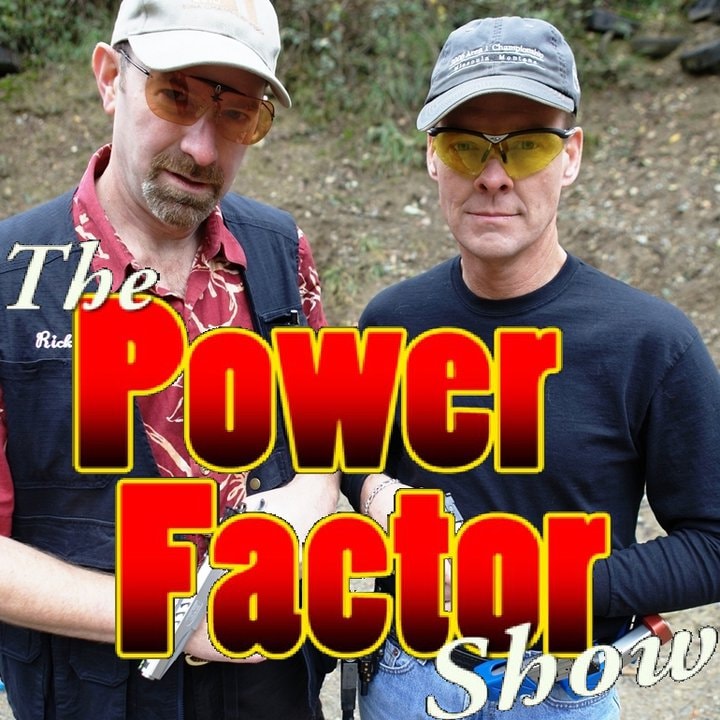 The Power Factor Show is a talk-television program about competitive shooting. It focuses on handgun sports but occasionally deviates into other disciplines. It’s great for anyone interested in competitive shooting or considering diving into that world.

Between the two hosts, Rick and Steve, there are almost 35 years of experience to draw on. Rick primarily provides an IDPA-centric viewpoint and Steve represents USPSA. They’re informed, eloquent and bring a variety of perspectives and experience to the front.

All the guests I’ve seen fit naturally into the show’s easygoing rhythm. Episodes are long enough to cover a given topic in depth and the tangential discussions tend to be informative and interesting. The best thing I can say about the PFS is that I learn something significant from almost every episode.

The earlier episodes cover the basics of competitive shooting like stage design and disqualification. The first 30-ish shows lay groundwork for just learning about shooting sports.

If you’re an old hand at matches, later episodes contain plenty of deep discussion on more nuanced issues like rule changes and equipment.

Favorites: “A Case for the Forty” is responsible for me buying a .40 S&W handgun. 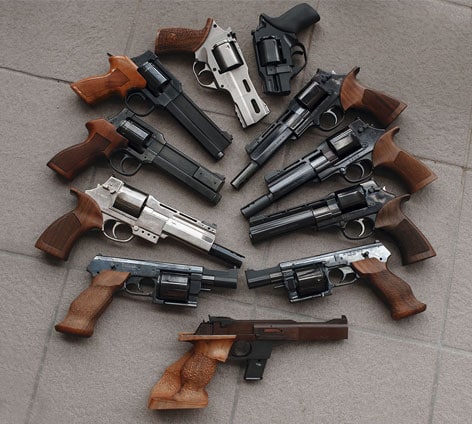 If you’re a gun-hipster and you know it — the type who searches for Glock alternative not because there’s something wrong with Glock, but because everyone else is using one — MatebaFan.com should be inspiring.

MatebaFan.com, and its accompanying YouTube channel LifeSizePotato, is a fansite dedicated to the “curious firearms of Emilio Ghirsoni.” Even if Matebas don’t interest you, there’s bound to be some oddity that grabs your attention.

These handguns are interesting steps — or missteps, however you see it — in firearms evolution. The site’s owner, Bryan, stands alone in analyzing and experiencing Matebas. The site offers detailed information and awesome photo galleries for each model.

The YouTube channel is also superb. LifeSizePotato started out with videos of rabbits eating but transformed into a parade of old, expensive and rare guns on display in a non-ostentatious way. What you get today is a historical and mechanical breakdown of some really neat guns, and all the information is provided in a straightforward manner.

Pretty good for a guy who wanted to become the online source of all things Mateba.

Favorites: “The Mateba 2006m“, a breakdown on my personal Great White Buffalo firearm. For non-Mateba material, check out the Schüler Reform pistol, a vertically-scrolling ‘revolver’!

Hi-Powers and Handguns is a collection of articles and essays written mostly by former police officer Stephen Camp. Unfortunately Camp passed away in 2011, so the site hasn’t been updated since, but thankfully his widow, Sandy, still maintains it. 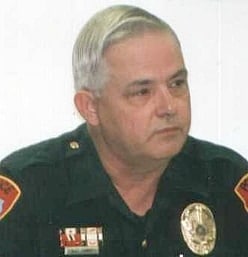 “[Stephen was] a very giving person who enjoyed sharing his knowledge with others. … [T]he website really is meant to be a memorial to Steve,” Sandy said. “I wouldn’t think of taking it down. It meant a lot to him, so it means a lot to me.”

While you may not agree with all of Camp’s views, you have to respect his depth of experience. There’s a lot to learn in site.

Even if you’re not into the Hi-Power, if you own a handgun there’s likely something for you. The site includes great musings on Makarovs, CZ-75s and Smith & Wessons. Polymer guns are given their due here with balanced discussion articles that are worth checking out.

Also, if you’re debating whether to keep a 1911, Glock or Model 10 in the nightstand, Camp has words of wisdom to consider. The site has good introductory-level articles on self-defense as well.

Although Hi-Powers and Handguns has a retro look to it, the idea was to keep things simple. As a side note, Camp also authored several books I would recommend checking out.

Favorites: “Should I Buy A Browning Hi-Power?” for BHP neophytes. Ballistics enthusiasts should also check out his excellent comparison of the .44 Special and .45 Colt. 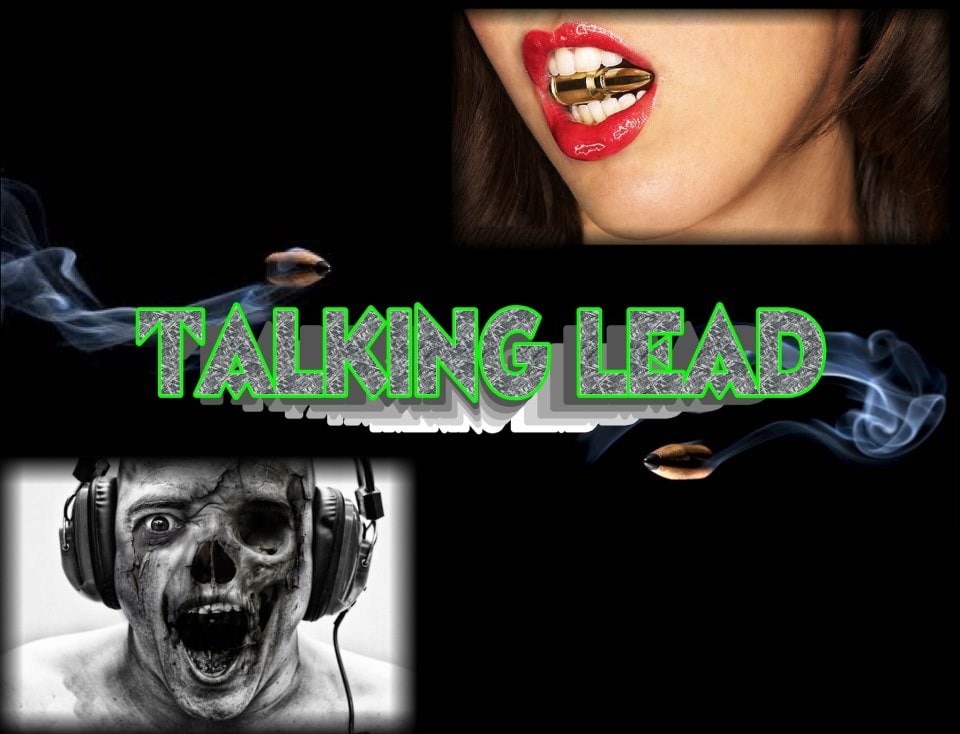 On Talking Lead, the dynamic duo Zeke and Lefthand talk guns for 60 to 90 minutes every week. The lighthearted podcast out of Tennessee makes you feel like you’re sitting down with your friends to talk guns.

Talking Lead’s on target as a universally enjoyable gun podcast. The discussions on firearm fallacies, the fight for gun rights, and broader topics are well worth your time. They have regular compelling guests, some of whom you might know, like Hickok45, and others you might not be as familiar with but should be, like Mark McGinnis of the SEAL Legacy Foundation. [13]

On the genesis of Talking Lead, Zeke explained “Lefthand and I have been friends for about 10 years now. He took me shooting a couple of times and the bug took. I started learning as much as possible through many mediums, including podcasts. I liked most of them but thought something was lacking in the entertainment world of the firearms industry. Something that could join all sides that are pro-gun, grasp a younger generation’s attention, and still appeal to the older generation too.”

“We both had a passion for guns and wanted to share it,” Zeke continued. “I threw out, ‘Hey, let’s start a podcast!’ to which Lefthand said, ‘What the [expletive] is a podcast?’ And then we recorded this chaos we call Talking Lead.” 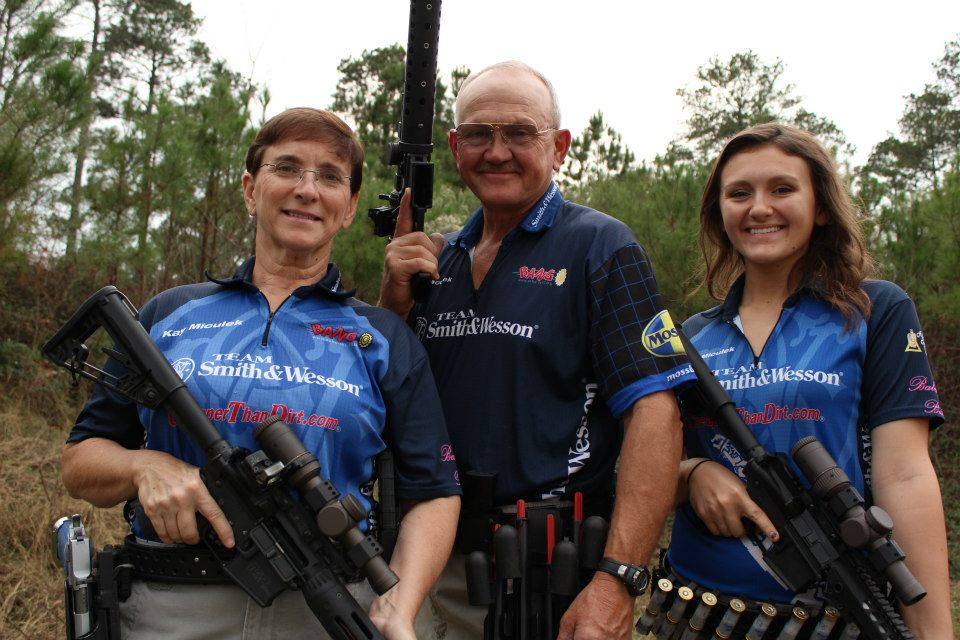 Miculek.com serves as home base for competitive shooting’s Miculek dynasty — Jerry, his wife Kay, their daughter Lena and her fiancé Brock Afentul — and an outlet for the responsible-but-hilarious adventures of Jerry Miculek.

The Miculeks wired this project, a website and YouTube channel, together as a way to give shooting sports a positive presence online, Afentul said.

“We saw [YouTube] channels where people were taking guns and blowing stuff up or just shooting, that didn’t necessarily promote the sport, safety or education. We’d like to use our channel not only to show what is possible with firearms, but have fun and educate a younger audience,” he said.

He added, “We also use “How-To” videos to encourage shooters to enter the realm of 3-gun, IPSC, IDPA, or USPSA, so you can see Jerry or whoever on the channel doing something awesome, and then right afterwards we will show you how to do it and point you to our website where you can buy or be directed to much of the equipment you need to get started.”

Who doesn’t want to see the world’s best revolver shooter pick up a .44 Magnum and empty the cylinder in under a second?

Behind these broadly-appealing exhibitions of skill, you can’t help but think “this 3-gun/Steel Challenge/revolver shooting stuff looks fun.” And when the video ends, there’s a Miculek video providing an introduction and more discussion on something you might have just seen Jerry or Lena do faster than most of us can dream of.

Favorites: Miculek.com’s most popular video is his crazy mag dump with a .50 BMG rifle. I like the substantial and fun “Shoot Fast!” series where Jerry reviews a gun and does some wild shooting. The .44 Magnum episode is my favorite so far.

What are your favorite gun websites?