Common-sense solutions to help reduce gun violence exist, believe it or not.

No, I’m not talking about forms of gun control that only serve to disarm the law-abiding or impair their ability to defend themselves and their family while, at the same time, doing nothing to target criminals.

I’m talking about criminal background checks. Specifically, fixing the National Instant Criminal Background Check System, the system federal firearm licenses, aka gun dealers use to run background checks on prospective purchases, to ensure that mental health records are being added to the FBI’s database of persons who are prohibited from owning a firearm.

It’s a simple proposition. Criminals, drug addicts, those with a history of domestic violence and individuals who’ve been either involuntarily committed or adjudicated mentally defective should not be permitted to purchase a firearm.

Everyone agrees on this. Everyone.

However, the problem is that many states do a poor job of reporting records to NICS, particularly the mental health records. This is something that both the National Shooting Sports Foundation, the firearms industry trade association, and Mayors Against Illegal Guns, Michael Bloomberg’s pro-gun control organization, have  highlighted.

In fact, the NSSF has a website dedicated to fixing NICS, aptly titled, FixNICS.org. On the website, the NSSF ranks each state by the number of mental health records they’ve submitted to the database. It’s a way of showing everyone — politicians, gun owners, gun control advocates and the general public — who is doing a good job reporting and who is not with the goal of encouraging states to improve their reporting. 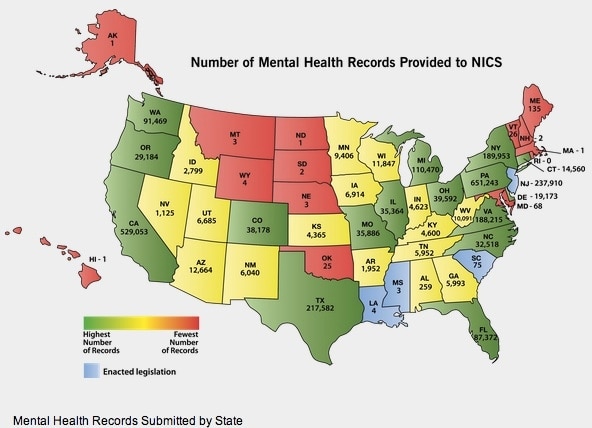 “Some states, such as Pennsylvania, California, New Jersey and Texas, do their part by submitting all the necessary records to the database,” explained NSSF Senior Vice President Larry Keane in a September press release.

“Others, however, are leaving gaping holes in the system. Rhode Island, North Dakota, Alaska, Hawaii and Massachusetts have sent in a total of four names to the system – combined. Compare that to the 650,000 Pennsylvania submitted, and you can see the real problem this poses to public safety,” he continued.

Likewise, MAIG on Wednesday released an updated version of its “Fatal Gaps” map, which is virtually the same ranking system as the one the NSSF uses. It shows which states are reporting and which states are failing to report.

“These record-sharing failures leave dangerous gaps in the database designed to keep firearms from the wrong hands,” MAIG said in a statement. 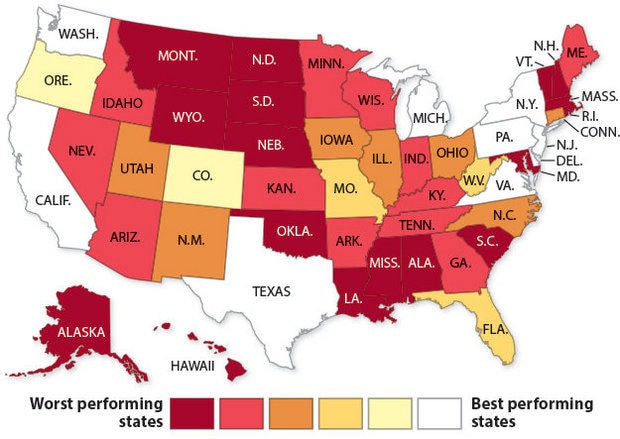 “Twenty years after the signing of the Brady Bill, our background check system continues to allow guns to be sold to individuals who have been deemed a danger to themselves or others,” Menino said in a statement.

“Every state and federal agency should be doing everything they can to submit mental health records to the system so we can prevent senseless tragedies,” he added. “The safety of our communities depends on it.”

So, there you have it. MAIG and NSSF don’t agree on much, but they agree on this common-sense solution to help keep guns out of the wrong hands. As responsible gun owners, we need to continue to pressure lawmakers to Fix NICS.