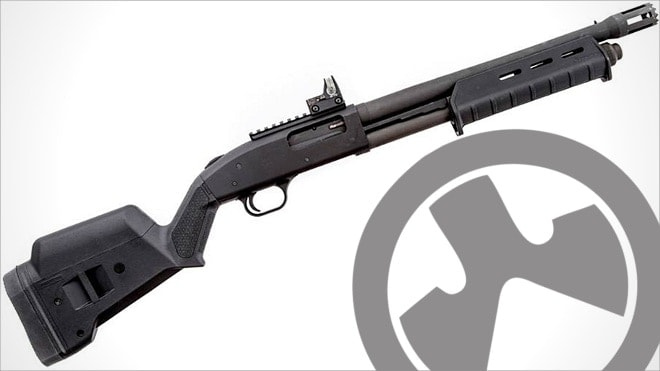 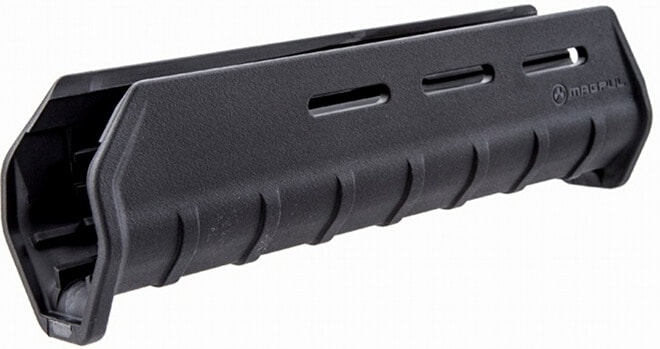 Magpul is now shipping SGA (Shotgun Accessory) forends and buttstocks for 12-gauge Mossberg 500, 590 and 590A1 shotguns. Magpul has drummed up a lot of anticipation for these accessories with the announcement of them earlier this year and just announced their availability on their Facebook page.

The pattern follows the forend and buttstock design Magpul developed for the Remington 870 which has been available for about a year now. The buttstock uses an aggressive grip angle that splits the difference between traditional stocks and pistol grip stocks which can be hard on the wrists.

The buttstock also has a modular cheek riser that can be set at different heights for use with optics and the length of pull is adjustable as well, with shims. It sports a thick recoil-absorbing buttpad as well.

The forend follows in the footsteps of Magpul’s MOE handguards for AR-15-pattern rifles. The forend uses the same slot system and accepts standard MOE handguard accessories. The design features integral hand stops to assist in manipulating the action no matter what technique is employed.

While more than a few people have mixed feelings about the looks of Magpul’s shotgun furniture, the set has received near-universal praise for its quality and usability.

Magpul will be rolling out the Mossberg 500 furniture in black initially, with flat dark earth and orange forends and buttstocks to follow at a future date.

The buttstock isn’t Magpul’s least expensive product but it’s not priced out of the market with an MSRP of $110; however, at least with the Remington 870 model, the popularity of these parts has been keeping prices close to retail at around $100. The forends are much more affordable with a suggest price of $30.

It’s likely that they will be available as a complete set for around $125. For all the details check out the SGA buttstock and forend product pages. 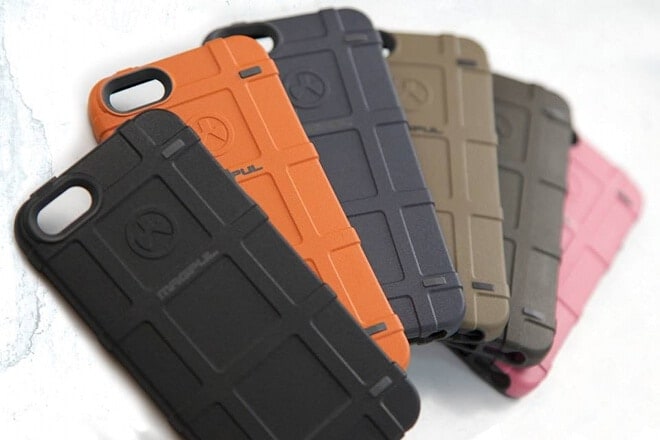 At the same time Magpul has announced that their iPhone 5 and 5S cases are shipping, too.

These “Bump Cases” feature a semi-rigid construction that protects the phone without catching or snagging on the insides of pockets. They’re made with a hard protective shell and a soft inner layer that pads the phone. They have ribs patterned off Magpul’s flagship product, the PMag, that provide a gripping surface to hang on to.

They are available in black, tan, green, brown, grey, orange and pink and have an MSRP of $27. Their product page can be found here.

Just in time for the holidays.