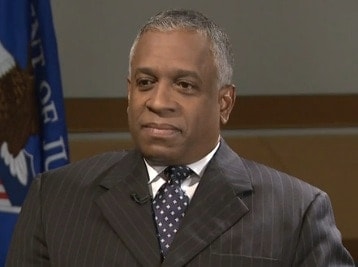 The White House is currently working with the Bureau of Alcohol, Tobacco, Firearms and Explosives to see if there are new regulations that can be enacted to target lost and stolen firearms, the Hill.com reports.

While the details of these regulations have yet to be made public, a description of the measures provided by the White House said that they would target guns that go missing “in transit.”

The impetus behind the proposed regulations was an ATF report released in June that found a total of 190,342 lost or stolen firearms nationwide from both private individuals and Federal Firearms Licensees.

The ATF report, which will be updated annually, was part of 23 executive actions set forth by President Obama in January in an effort to reduce gun violence in America.

So, to recap, Obama’s executive order to have the ATF audit the number of firearms lost and stolen is the inspiration for a new round of executive orders/ATF regulations that have yet to be released.

For gun-control advocates, creating regulations that closely monitor the inventory of gun dealers is one way to keep guns off the streets.

“They can discover a gun missing today and have no idea when it went missing, which really makes that information useless to law enforcement,” Chelsea Parsons, associate director of crime and firearms policy at the Center for American Progress, told The Hill.

Under current law, gun dealers have to report lost and stolen firearms when they discover them missing.  However, they are not required to perform inventory checks on a regular basis.

“I think that in the area of guns and gun violence and gun commerce, we have had a complete lack of data and a lack of information,” Parsons said.

The White House has a 90-day timetable to review the regulations before they make them public.

Meanwhile, ATF Director B. Todd Jones sat down with PBS Newshour for an interview.  While he didn’t speak about the looming regulations, he did talk about the larger goals of the ATF with respect to unscrupulous gun dealers.

“You know, like any other legal commerce here, there are vulnerabilities in the system,” Jones explained when asked about some of the difficulties and challenges the agency faces.

“And unlike a loaf of bread or anything else, there’s no expiration date on a gun. And so one of our challenges is to really figure out ways to drain that illegal crime gun pool. And that’s very difficult, because the convergence of that very deeply held belief in the Second Amendment constitutional rights of Americans, as the Supreme Court has stated in recent case law, that Second Amendment right, we don’t believe should butt up against our responsibilities for public safety, because our focus really is on that illegal crime gun pool.”

In part II of the interview, Jones was asked specifically about the agency’s mandate to inspect gun dealers once every five years and why it fails to fulfill this mandate, leaving more than half of FFLs in the country without an inspection.

After crunching the numbers to highlight the agency’s limited manpower, tens of thousands of FFLs versus only 800 ATF investigators, Jones said that “95 percent of FFLs around this country are doing business lawfully, are paying attention to who they’re doing business with, and, quite frankly, require less attention from us as regulators. And so our challenge has been to identify through our tracing mechanism, NIBIN and other tools that we have.”

“Where are those federal firearms licensees who continue to dump firearms into that illegal crime gun pool? Where are they? Are they obeying with the regs? And, if they’re not, to pull their license,” he continued.  “And that’s where our focus should be, given its resources that we have.”

Perhaps that’s what these new regulations will focus on, the 5 percent of FFLs who flout the law and knowingly put guns on the street.  However, given the ATF’s scandal-ridden past, one shouldn’t hold one’s breath.