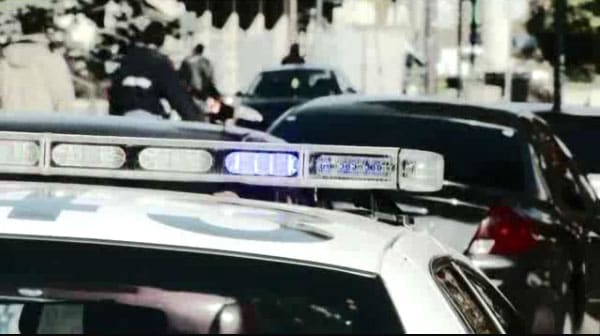 While Hite insists that he’s a supporter of the Second Amendment, he also said that he’s concerned about how arming citizens would affect the culture of the community.

But Copland is convinced that programs like his help to deter criminals in high-crime areas, such as Indianapolis, which some sources list as having two of the top 25 most dangerous neighborhoods in the country. In fact, the Armed Citizen Project was created as part of a thesis project to prove his theory.

“Guns are used to stop over four million crimes a year. Ninety percent of the time that a gun is used to stop a crime, it doesn’t even need to be fired,” Copland said. “The study that’s gonna come out of this, doing this all across the country and multiple cities, we can prove hopefully what our hypothesis is and that’s that criminals have no intention of dying in your hallway.”

Still, Hite is not so easily convinced.

“Have we come to that point?” Hite questioned. “Please let us know, because we’re training police officers as we speak and we need to be prepared to teach them the values of a community. Is that the value we want to train our police officers?”

Bishop Damon Roach of the First Missionary Baptist Church in Indianapolis, which has pledged $10,000 to help take guns off of the streets, also voices concerns, not only about gun safety, but the place in which our society has come.

“Many people are ignorant when it comes to gun safety and so, so many times you can give a person a weapon but that does not mean that that person knows how to use it even after they have fired it,” Roach said.

But Copland takes gun safety very seriously when teaching participants in the program. In fact, not only must participants pass a background check, but they are required to undergo legal, safety and tactical training before ever even stepping foot on the range.

Roach even admits that there are members of his own congregation that would be interested in the Armed Citizen Project, citing one single mother who told him she hasn’t felt safe in her own home lately.

“She feels like ‘I would be safer to have a shotgun,’” Roach stated. “Well… I do think she would be safer! But I think that it’s a tragedy that we have a female, single mother with a daughter-in-law living with her, with her son protecting our country, and we’re saying that our police department and sheriff’s department cannot protect that mother?!”

“I want people to be able to feel safe in their own homes,” Coplen reiterated.

Although the Armed Citizen Project doesn’t yet have an exact start date for their Indianapolis project, Coplen seems confident to be moving forward soon.

“We have a really good team I feel in Indy,” he said. “Once more volunteers come in and start to help out we can really get going.”

Coplen also stated that he would be speaking with the police chief before coming into the area.

The Armed Citizen Project is run strictly from donations – whether it is cash or donations of shotguns.

A reporter asked Coplen, “Why shotguns?” To which he replied with a smile, “Why shotguns? Cause they’re great for home defense. They’re easy to learn how to use. Also the deterrent effect of the sound of the shotgun shell being racked does wonders.”