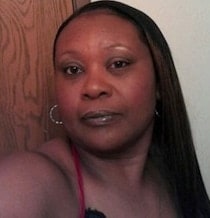 Dena Plunkett, 48, is accused of giving her teenage, gang-member son a handgun.

Self-defense is a natural right. But what happens if your son is a member of a notorious street gang? Does he still have a right to defend himself, especially from rival gang members?

Under the eyes of the law, criminals and the mentally ill are prohibited from possessing firearms. But from a concerned mother’s perspective, it’s better to have her son judged by 12 as opposed to being carried by six.

This appears to be the reasoning behind an Oklahoma woman’s decision to give her teenage son a 9mm handgun, KWTV reports.

Back in October, 48-year-old Dena Plunkett’s son was pulled over by Village Police officers. Upon searching the vehicle, officers discovered marijuana, a loaded 9mm handgun and a red bandana, a sign of Bloods affiliation.

When Plunkett went to pick up her son from jail, she “matter-of-factly” told officers that she gave the firearm to her son so he could protect himself.

“He is always allowed to carry it,” particularly when he stays out late, she added, according to the police report.

She also admitted that she knew it was against the law to purchase a firearm for her son, but iterated that he “needed protection from rival gangs.”

If that wasn’t brash enough, Plunkett also demanded that police return the gun to her. Of course, they refused, knowing that it would only wind up in her son’s hands again.

Plunkett’s son is not currently attending high school and was out past curfew when he was arrested, police told KWTV.

Plunkett is facing misdemeanor charges but has yet to be booked in the Oklahoma County Jail.