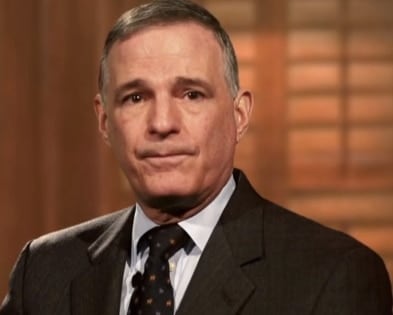 In an exclusive interview with The Associated Press, the president and CEO of the National Shooting Sports Foundation admitted that the firearms industry trade association actually considered leaving its headquarters in Newtown, Connecticut, following the mass shooting at Sandy Hook Elementary School last December.

Though, after careful consideration and examining the situation from “a strategic standpoint” to evaluate whether being associated with Newtown would have a stigmatizing effect on the organization’s goals of promoting hunting and shooting sports, NSSF president Steve Sanetti made the call to stay put.

“We had to consider whether a move was appropriate,” Sanetti told the AP on Wednesday. “But I polled all the employees here and, to a person, it was like, ‘Don’t move. We like it here. We’re part of the community. We have nothing to be ashamed or embarrassed of. We didn’t do this. We’ve been fighting this sort of thing. Stay the course.'”

It wasn’t an easy decision and protestors and gun-control advocates who directed their ire at the NSSF in the wake of the tragedy made it even more challenging. But Sanetti took the high road and waited for the emotional tide to recede before addressing the matter.

“Being here in the community, we just didn’t think it was appropriate, frankly. It was respectful silence,” Sanetti said of the month the NSSF waited to speak about the incident that left 26 dead, including 20 first graders. “It was horrible in town here. The funerals going by and everything. It was, let’s just stay out of the way.”

But it was more than just a professional courtesy, it was a personal decision because the shooting was felt by everyone in town. In fact, one of the teachers killed went to school with Sanetti’s daughter.

“Obviously, it was like a punch to the stomach to hear what happened, this horrible tragedy in Newtown,” he said. “All of us were affected one way or another: either by knowing people or just being in the community. It’s just horrible. The idea that it would happen anywhere, let alone in the same town where we’ve been for 20 years, is incredible.”

In the months to follow, Sanetti and the other members of the NSSF looked at ways in which they could improve gun safety and perhaps prevent another mass shooting. One initiative undertaken was to secure more funding for the NSSF’s Project ChildSafe effort, which “promotes safe firearms handling and storage practices by distributing key safety education messages and free gun lock devices to gun owners.”

“It has to be said, that had Mrs. Lanza in town here taken the appropriate steps to keep her guns secured from her son, who she knew to be at risk, this wouldn’t have happened,” Sanetti said of Adam Lanza, the deranged gunman, and his mother Nancy, a gun enthusiast who taught her son how to shoot firearms.

Sanetti reached out to Vice President Joe Biden back in January to see if the government could contribute $10 million to the program. While a senior policy advisor for Biden initially expressed interest in the idea, he never followed up with Sanetti.

Sanetti said that he hasn’t heard a “peep” since, “I have a feeling that they just don’t want to get involved — quote — in bed with the gun industry. It’s just a feeling of mine.”

In addition to Project ChildSafe, the NSSF has been pushing lawmakers around the country to “Fix NICS,” that is, the National Instant Criminal Background Check System, the system gun dealers use to run background checks on prospective gun buyers.

Currently, many states do a poor job of reporting records of persons prohibited from owning a firearm to NICS, particularly records for those who’ve been adjudicated “mentally defective” and those who’ve been involuntarily committed.

As the NSSF explains on its FixNICS.org website, “A background check is only as good as the records in the database.”

Movement on this front has been slow but steady. Several states have recently passed measures to implement better reporting standards but there is still a long way to go.

The NSSF represents over 9,000 firearms and ammunition manufacturers, retailers and ranges. It also runs SHOT Show, the largest trade show for professionals involved with the shooting sports, hunting and law enforcement industries.