Which gun for Phasianus Colchicus?

Every year about this time, when I’m making traveling plans for Thanksgiving, I begin practicing my shotgun skills in earnest.  It’s pheasant season in Kansas and I will make the trip back to my wife’s neck of the woods with one thing on my mind, and it isn’t turkey. 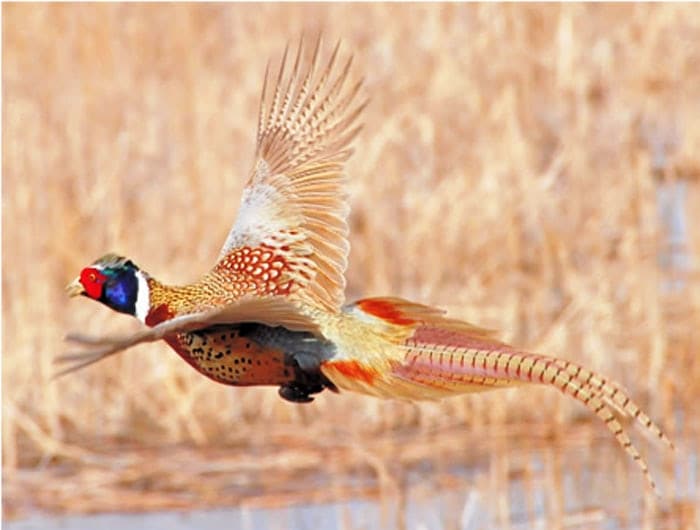 The prairie in late December is unpredictable.  It can be temperate and as warm as my traditional southern fall, or the sky can be socked in with impenetrable lead colored clouds that are just begging for an excuse to dump the season’s first snow.  But the corn has been cut down to stubble, and the fallow fields hold thousands of ring-necks ready to rocket into the sky.

We are out for the flashy, ostentatious males.  Kansas allows four per day.   Knocking off these psychedelic fly-boys doesn’t do anything to hinder the population of breeding birds, as there’s always another winged Casanova ready to move in on the nest.  These polygamous birds make Wilt Chamberlain look a bit prudish.  It is a great system.  Estimates suggest that we could hunt 90 percent of the male pheasant population and still not put a dent in their breeding habits.

What’s the best gun for pheasant?

The old school elitists will be carrying exquisite break actions.  The 12 gauge is popular, though the 16 gauge and the 20 gauge both have dedicated fans.  I heard a friend of mine say recently that he prefers a side-by-side 20 gauge, as it poses more of a challenge.

I find hitting anything that flies very challenging.  I don’t need the extra challenge posed by a shotgun with intentionally limited capabilities.  I do this once a year, after stuffing myself full of domestic butter-balls.  I’m usually cold.  I may need more than two shots.

I love to look at Holland and Holland’s gun (shotguns so nice they named them twice), but I shy away from actually shooting them.  These guns are beyond the scope of my critical vocabulary.  And I’m not likely to speak with an accent that reflects my British roots, or get all dolled up like an extra from Downton Abbey (both of which are magically happen when you pick up a H&H shotgun).

No.  If I were going to use a side-by-side or an over-under, it would likely be something like the Stoeger Uplander Supreme, a scatter-gun that sells for under $500.  The Stoeger is a solid gun, and they know it, which is why they put that adjective in the title.  Supreme.

At the other end of the practicality spectrum are the more utilitarian hunters that prefer their time tested Remington 870 Wingmasters.  The birds don’t care much either way, but the walnut stock on a well worn Wingmaster evokes its own sense of Americana.

The advantage of the venerable 870 is its versatility and durability.  With screw in chokes, hunters can easily vary their patterns based on anticipated shot distances.  Pheasant are hardy birds.  Wide patterns of small shot are good for those who hunt less skittish birds, like those that are released into the wild or raised on preserves.  Wild bird often flush much sooner, which means you have more ground to cover.  A tighter pattern with heavier shot may prove more effective.

Regardless, the pump action of the Wingmaster is incredibly reliable and the gun isn’t going to break the bank.  A brand new 28-inch 12 gauge will sell for below $700.

My preference is an automatic.  I’m not a regular hunter, and I’m terrible at it.  I’m a bit jumpy.  If you’re a regular reader of my reviews on Guns.com, you’ll understand.  Hitting flying objects or birds is a challenge for me.  When I do, I find it a cause for much celebration.

This year, I’ll be taking a Beretta A300 Outlander with me to Kansas.  Beretta’s new auto sits low in the hand.  At just over 7 pounds, it is light, which makes it ideal to carry through the cold Kansas mornings.  The no-nonsense polymer is meant to take the abuse, to live its life out doors, so I won’t have to baby it the way I would if I borrowed someone’s H&H.  The A300 lists for $775.

This is obviously going to be a heated debate.  Shotguns are (in some cases) functional works of art. Pheasant hunts are (for some, at least) as much about upland fashion as they are about killing birds.  But that’s not me.  I don’t do much pheasant hunting in the dense woods of southern Virginia.  I’m there to pick birds from the sky 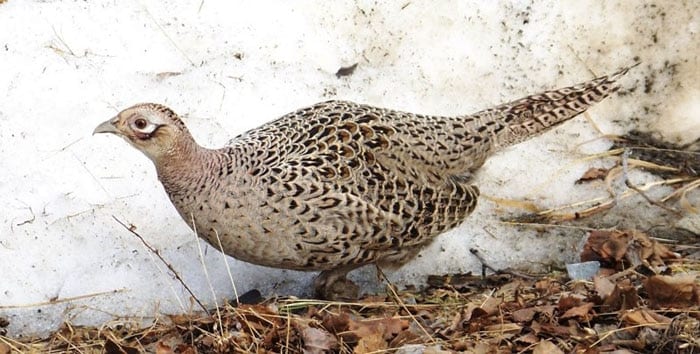 As someone who works with defensive firearms skills, I pride myself on my reaction time.  But that’s a liability when hunting pheasant.  You need to hang back and let the bird get a bit of air.  That way your shot pattern will open up a bit. Close shots with a 12 gauge are likely to miss, as the column of shot won’t have separated much as it passes the bird.  And if it does connect, the result isn’t pretty. Happy hunting!