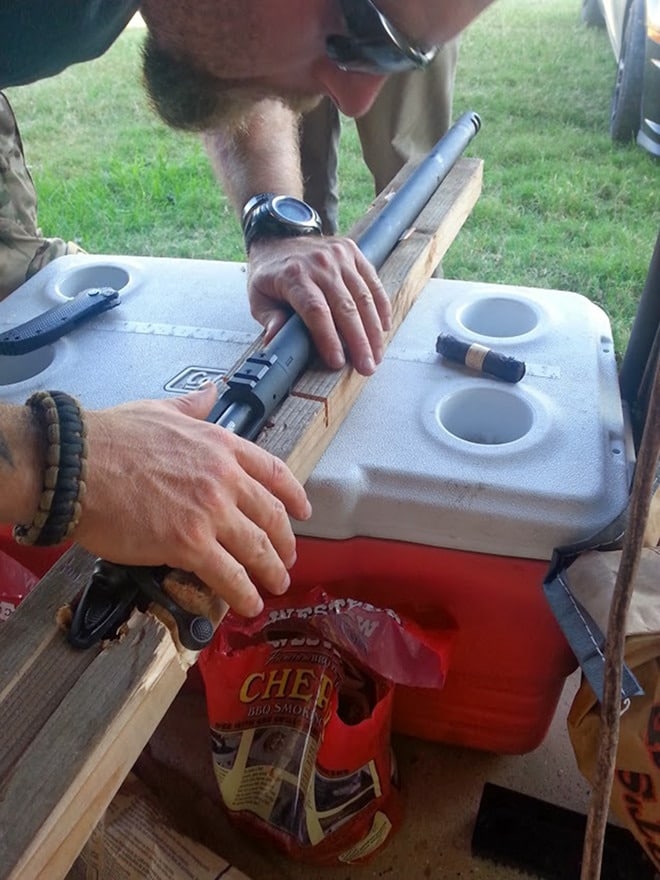 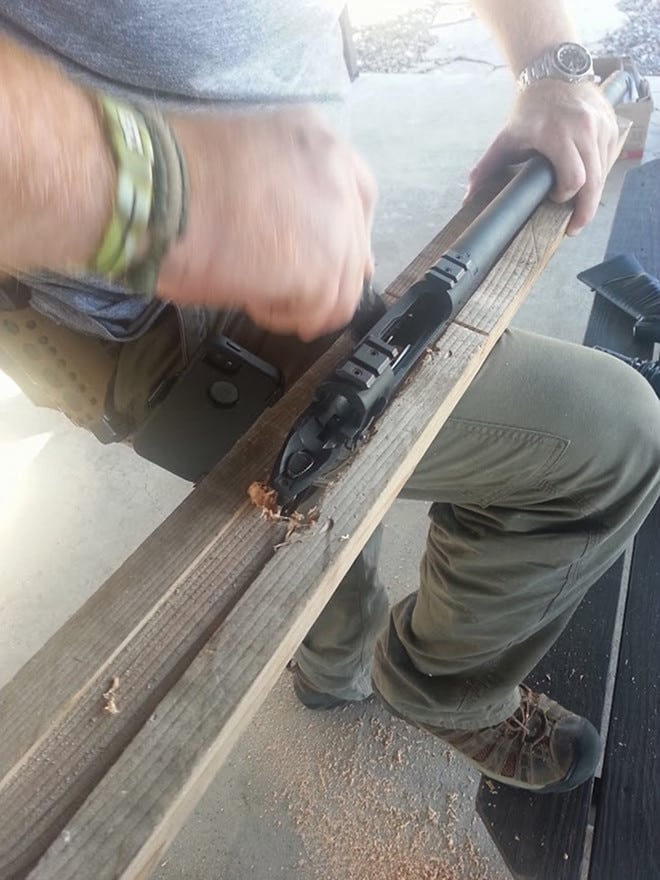 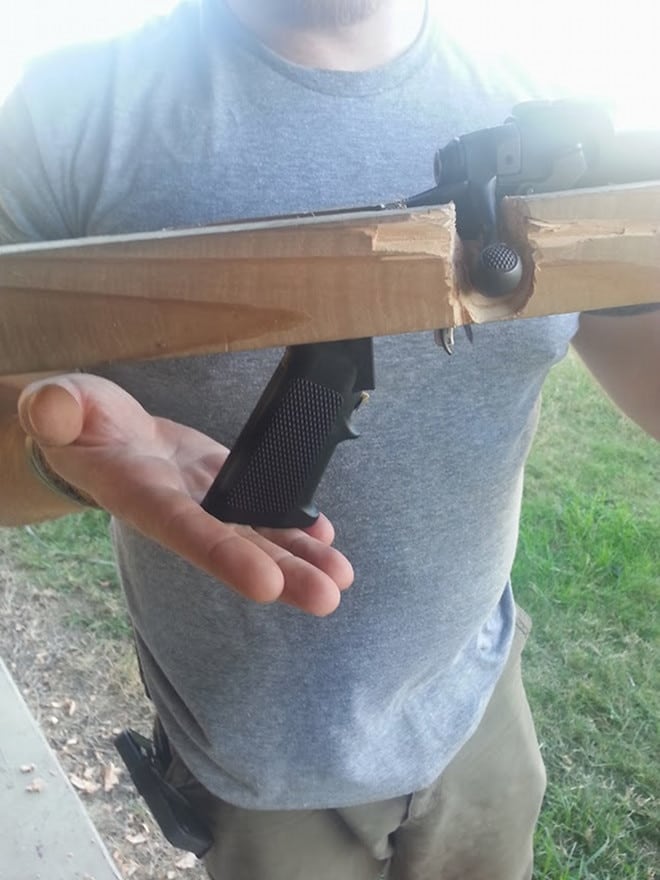 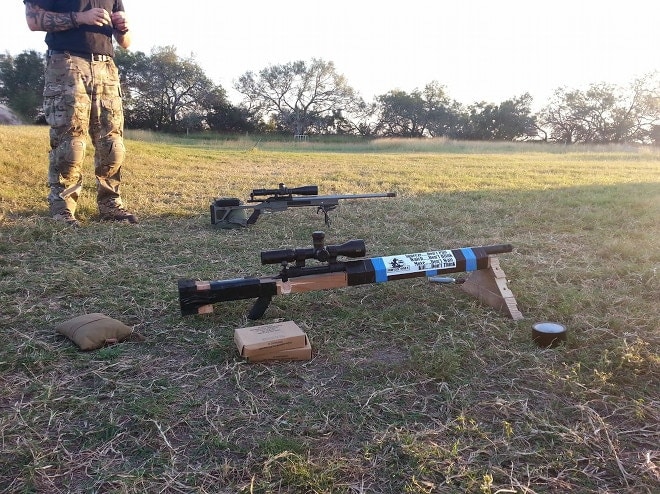 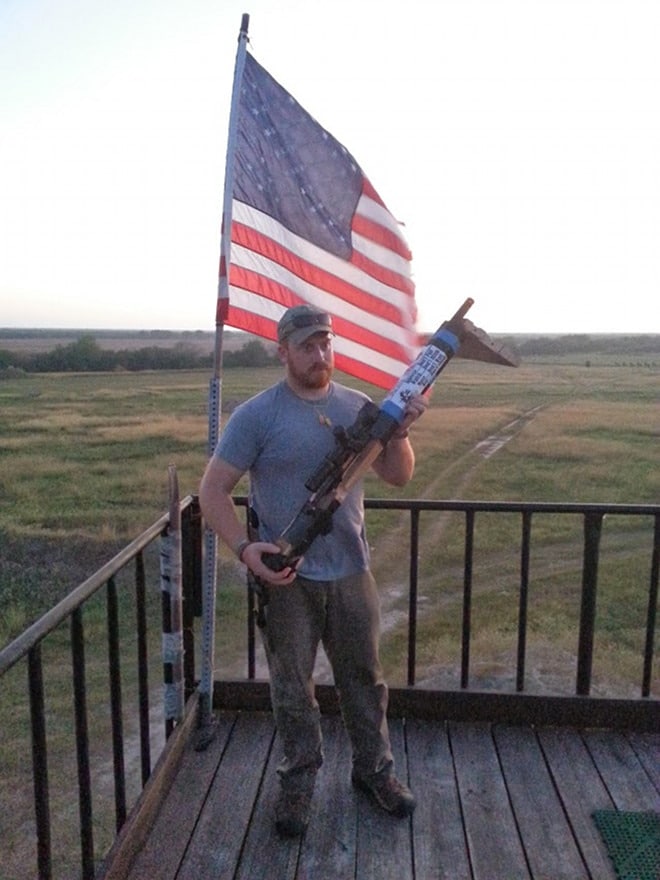 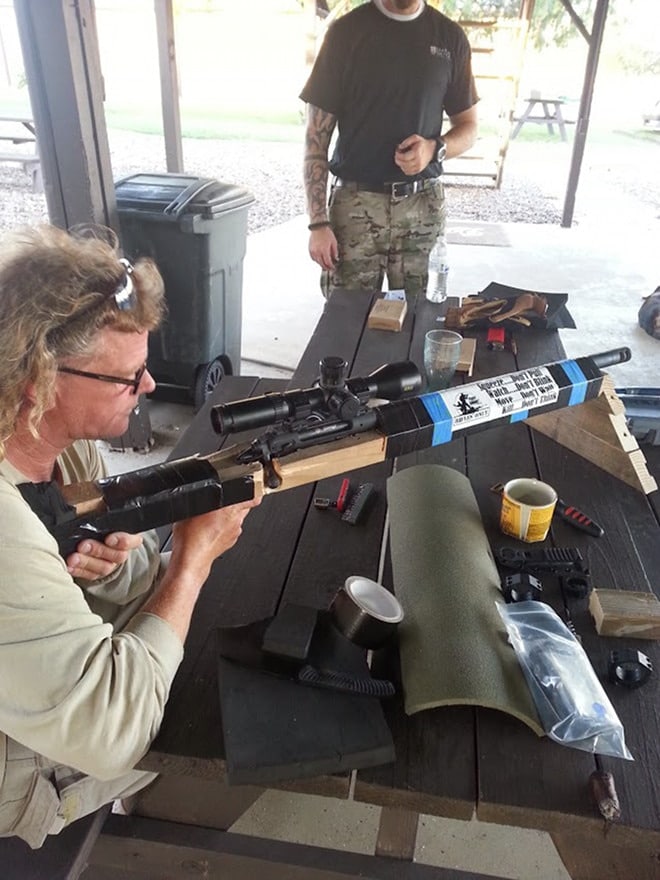 And so the two guys get to that two-by-four you know and start boring it out for the special action he’s got and before you know it he’s got a rifle and not just a barrel.

Well wouldn’t you know it, that rifle was held together with nothin’ more than electrical tape, you know, it didn’t even have a trigger guard or anything, but sure enough, the guy puts it down on the thousand-yard range and he just puts bullet after bullet in the 10-ring and everyone was like, gosh, did you see that? He’s got a rifle built on a two-by-four and he’s shooting MOA at the thousand-yard range!

Nobody there’d seen anything like it, you know, nothin’ like it ever. He says it’s a regular ol’ Savage action, you know, but it’s got this special Teludyne Tech custom work.

For a company with a name from a movie or somethin’ they sure know how to tune an action, you know?