Arsenal double-barrel 1911 shipping, Strike One and Legend, too 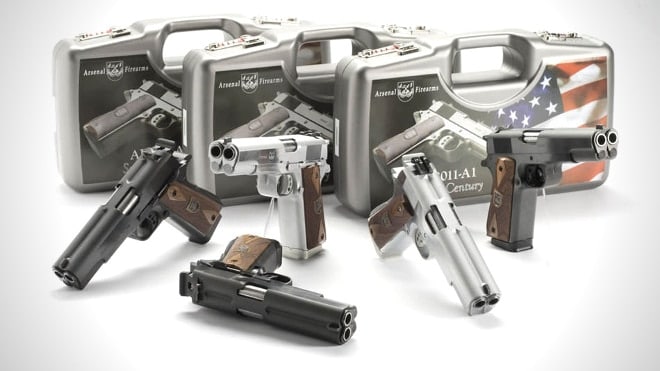 No gun has turned quite as many heads recetly as the Arsenal AF2011-A1 Second Century pistol, more commonly known as the double-barrel 1911. After a long wait the pistols are now being exported to various distributors world-wide.

At the same time, Arsenal will be shipping their Strike One polymer pistol, a joint effort between Arsenal’s design teams in Italy and Russia, as well as their Legend series of bolt-action hunting rifles.

The company has been building up a stock of guns for export, but following new legislation passed in the E.U., they were unable to export outside of the European Economic Community. Arsenal is pleased to announce that they have brokered an arrangement with the Italian government and is currently shipping product to the ATF for import clearance.

“Arsenal Firearms is proud to announce the global deliveries of all its product lines, effective November the 1st, 2013,” explains the press release.

“Products such as the AF2011-A1 Second Century double barrel pistol, the Strike One and the Legend bolt action rifles started rolling our the Italian manufacturing facility located in Gardone Val Trompia (BS) during the first week of November this year.” 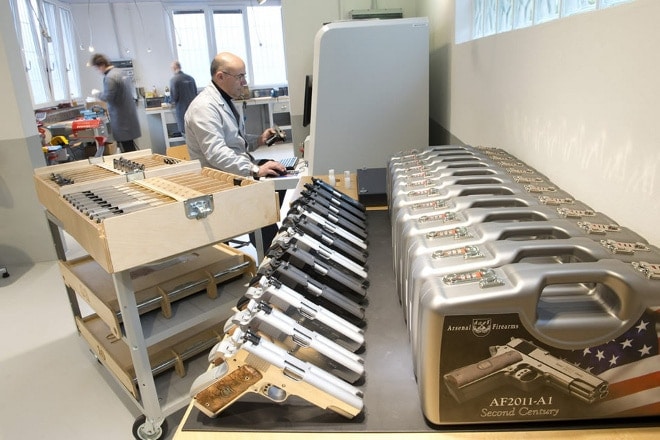 The Strike One was submitted to the ATF at the beginning of November while the AF2011-A1 Second Century was cleared for the American market last November. Arsenal expects to deliver product as soon as December of this year, despite the delay, as promised.

Many were surprised that the AF2011-A1 Second Century received approval for sale by the ATF as it fires two rounds at the same time, but as they stated, their double trigger, twin hammers and twin sears would have no problems meeting the American import standards.

Arsenal will begin taking orders for the their guns at SHOT Show, January 2014. They will be distributed by the European-American Armory (EAA).

They expect a lot of demand for their products, particularly the AF2011-A1 Second Century and have stated that they will be in limited production for the first half of 2014. Pricing has not been publicly announced for the AF2011-A1 but it’s expected to run several thousand dollars. 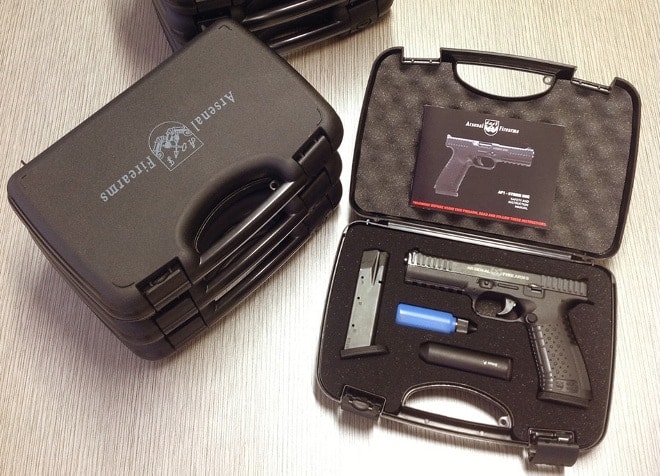 The Strike One, a service pistol, is expected to compete with other common service pistols. It has already been approved for use with Russian police forces and is also being marketed towards competition shooters, largely IPSC competitors.

It has an extremely low bore axis and heavily lightened slide for what Arsenal states is the fastest cyclic rate of any duty pistol. Part of what contributes to its low bore axis is a falling locking block design; the Strike One does not use a Browning-type tilting barrel.

The Legend rifles are a late addition to Arsenal’s catalog. They are patterned off the Remington 700 action and will be available with a variety of calibers built on long- and short-action receivers.

Legends will be offered with traditional wood and modern synthetic stocks with or without a winter snow or woodland camouflage pattern.

For more information about Arsenal’s products take a look at their website.