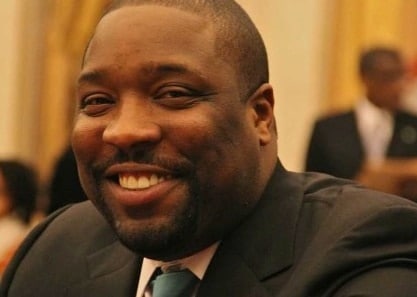 While guns manufactured from 3-D printers do not pose a significant threat to public safety, mainly because (a) they’re cost prohibitive, one has to first purchase a 3-D printer which will run no less than $1,500, and then buy materials to make one and (b) they’re fragile, the average lifespan of a 3-D printed gun is only a handful of rounds, the council felt it necessary to get ahead of the curve, so to speak.

‘It’s all pre-emptive,’ a spokesman for councilman Kenyatta Johnson, who sponsored the ordinance, told Philly Magazine. ‘It’s just based upon Internet stuff out there.’

By “Internet stuff” one can assume he is referring to “The Liberator,” the 3-D printable gun that was designed by Cody Wilson of Defense Distributed, a nonprofit, pro-Second Amendment civil liberty group based in Texas.

Wilson uploaded to the Internet his specs for The Liberator back in May. Shortly thereafter, the Dept. of Defense ordered Wilson to take down the files, which he did. However, blueprints for The Liberator were downloaded hundreds of thousands of times.

So, despite the Defense Department’s best effort to shut down access to the files, blueprints for The Liberator and other 3-D printable firearms exist on various file sharing websites across the Internet.

In Philly, which boasted 331 murders in 2012, making it one of the most deadly cities in the U.S., Johnson fears for what’s to come if this new technology is not kept in check.

“You can use certain types of plastics and certain types of other material to replicate anything,” said Johnson told Philly.com. “What will happen if someone used one of these 3-D printers on a personal use, which we are seeing now, to create an actual firearm? That could be something that’s catastrophic.”

The ordinance does include an exemption for licensed gun manufacturers.

Johnson was also asked about whether this ordinance conflicts with Pennsylvania’s preemption law, which states “no county, municipality or township may in any manner regulate the lawful ownership, possession, transfer or transportation of firearms, ammunition or ammunition components when carried or transported for purposes not prohibited by the laws of this Commonwealth.”

From his perspective, the short answer is: no. As he explained, “The prohibition that city ordinances can’t overcome as it relates to state legislation is primarily ownership, transfer of a firearm. This goes to manufacturing.”

“We’ve spoken with the Law Department,” he continued. “We believe that if there is a challenge in the court system, it will be something we’ll be able to defeat.”

Though, it may not matter what the state law says after all, as members of Congress are currently pushing for a renewal and a revamp of the “Undetectable Firearms Act,” which essentially bans firearms that are not easily detected by a metal scanner.

The UFA is schedule to expire on Dec. 9. Democrats in both the House and Senate are pushing for a 2.0 version of the UFA that would contain language to specifically address 3-D printable firearms.

“The expiration of this law, combined with advances in 3-D printing, make what was once a hypothetical threat into a terrifying reality,” Sen. Chuck Schumer, one of the driving forces behind UFA 2.0, told The Associated Press. “We are actively exploring all options to pass legislation that will eliminate the problem.”

Philadelphia Mayor Michael Anthony Nutter is expected to sign the 3-D gun ban in the coming weeks making it the first city to prohibit residents from printing firearms.