A drive-by shooting in Pennsylvania’s Amish country last Thursday left a horse dead and a buggy full of scared children.

The shooting took place in Ronks, the heart of the Amish community and a place where horse-drawn buggies regularly cruise the streets, the local ABC news affiliate reports.

The gunman fired a single shot at the horse, striking it in the side. When the wounded animal managed to make it back to the farm, its owners discovered it had been struck by the bullet. A veterinarian was summoned to attend to the animal, but it died before aid could be administered. 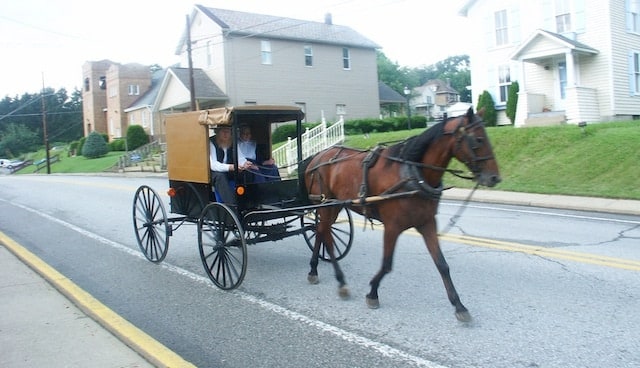 The shooter shot at a horse-drawn carriage similar to this.

A family of five, including three children, was inside the buggy at the time of the shooting, but no one was injured.

The family told police they though somebody had thrown a firecracker at their carriage and didn’t give it a second thought, according to Lancaster Online.

If captured, those involved could face weapons charges, reckless endangerment and perhaps even a hate crime charge.

The act of animal cruelty is an anomaly in the otherwise peaceful rural community.

“In 30 years, I’ve never seen anything like this,” Weaver said.