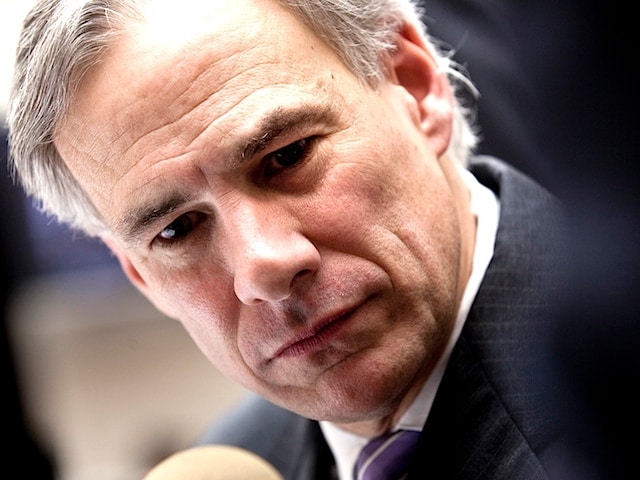 Maybe, if GOP gubernatorial candidate Greg Abbott becomes the next governor of the Lone Star State.

In his ‘We the People’ policy plan released earlier this month, State Attorney Abbott who unequivocally embraced allowing law-abiding citizens to openly carry firearms in public.

“Just as I have fought to protect your Second Amendment rights as Attorney General, as governor I’ll fight for your right to protect and defend yourself. That is why I support open carry and campus carry laws in Texas,” he wrote. “Every law-abiding Texan should have the freedom to protect themselves and those they love.”

Abbott’s position on open carry coupled with the groundswell of support it has amongst both the public and state lawmakers may make it a reality in the near future.

“I think open carry will be the Second Amendment issue this next session, and I do think that we can pass it because the support is just tremendous,” state Rep. George Lavender (R-Texarkana), a sponsor of an open carry bill that failed to clear the state House earlier this year, told local news affiliate KETK.

While it’s illegal for one to openly carry a handgun in the Texas, openly carrying a rifle is not against the law as long as it is done in a manner that is not alarming and non-threatening.

For one to carry a handgun, he/she has to obtain a concealed carry permit, which involves paying fees, passing a background check and successfully completing a firearms safety training course. And, of course, when they carry they have to carry concealed. 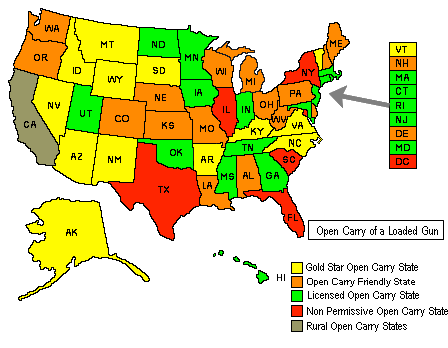 Open carry laws around the U.S.

Law enforcement organizations are also coming around to the idea of open carry.

“It would take some getting used to,” Gary Chandler, president of the Texas DPS Officers Association, told KETK. “But those people have been vetted, and proven they’ve got some kind of knowledge of the laws and proficiency with the gun.”

Kevin Lawrence, executive director of the Texas Municipal Police Association, echoed Chandler’s thoughts about Abbott’s position, saying “I don’t know that we really have a problem with that,” adding, “I do think it will require a bit of a change in our mindset.”

Though, not everyone believes that open carry is such a good idea.

“People are advocating for open carry because it gives a feeling of dominance, but there is zero scientific evidence that more guns or openly carrying reduces violence,” said Kellye Bowman, the Texas spokeswoman for Moms Demand Action for Gun Sense.

“Texans pride themselves on politeness and common sense and open carry is anathema to that,” she added.

Even if Abbott, the current frontrunner in the race, is not elected to office, many of his challengers also support open-carry, including Tom Pauken, the former chairman of the Texas Workforce Commission, Lisa Fritsch, the former talk show host, and Kathie Glass, an attorney from Houston who previously ran for Attorney General.

“There’s nothing to fear from honest people carrying their legal weapons openly and peacefully,” Glass, who is running on the Libertarian ticket, told KETK.

So, it appears that the tide has turned and open carry will become a reality in Texas. It’s only a question of how soon? That said, any predictions?