Like many of you, my affinity for arms is not limited to guns. I also enjoy collecting and keeping knives for recreational purposes, i.e. camping, utility purposes, i.e. food preparation, and as a last resort for self-defense.

While we often think about the Second Amendment in terms of its relationship to firearms, the truth is it covers all arms, including of course knives.

I was reminded of this fact while reading a Volokh Conspiracy blogpost written by Second Amendment expert David Kopel, who was touting Knives and the Second Amendment, a scholarly article on that very subject recently published in the University of Michigan Journal of Law Reform.

Co-authored by two other luminaries, Clayton Cramer and Joseph Olson, the article makes the following arguments:

Under the Supreme Court’s standard in District of Columbia v. Heller, knives are Second Amendment “arms” because they are “typically possessed by law-abiding citizens for lawful purposes,” including self-defense.

The article also investigates case law about Bowie Knives and Arkansas Toothpicks, the utility of knives for personal self-defense and militia use, the constitutional significance of technological changes in knives since 1791, and modern prosecutions, statutes, and cases from Washington, Oregon, Indiana, New York and D.C.

After reading the blogpost, I had a few questions so I reached out to Kopel, who I hadn’t spoken to since the NRA convention back in May. Here was our brief Q&A:

S.H. Blannelberry: Are you aware of any or involved in any major cases seeking to challenge unconstitutional bans on knives?

D. Kopel: No, but KnifeRights.org might know of some. 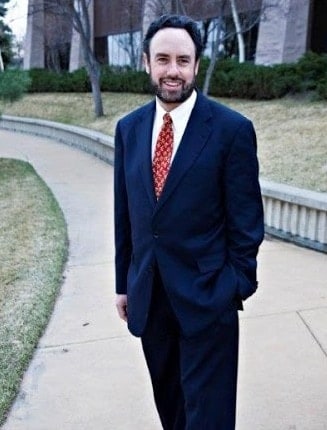 S.H. Blannelberry: In discussing reasonable limits to the Second Amendment, Justice Scalia mentioned an 18th Century ban on menacing hand-held weapons, such as a “head axe,” which lawmakers at the time believed was used to scare or intimidate people.

D. Kopel: The comment came on Fox News Sunday, so it’s not part of Supreme Court precedent. Heller does affirm “the historical tradition of prohibiting the carrying of ‘dangerous and unusual weapons.'” So if a head axe is “dangerous and unusual,” then a carry ban would not violate the Second Amendment.

S.H. Blannelberry: Even if it wasn’t, doesn’t it set a precedent (especially for originalists like Scalia) for banning certain uncommon knives, swords and axes?

D. Kopel: This is a gray area of Heller. Under Heller, arms that are in “common use” may not be banned. It is permissible to ban the carrying of arms which are “dangerous and unusual.” But what if something is neither common nor is more dangerous than common arms? Heller doesn’t really tell us what to do here. I think that the best inference from Heller is that the government would bear some burden of meeting higher scrutiny; but unlike with common arms, it’s possible that the government might make a sufficiently strong showing so that a ban could be upheld.

S.H. Blannelberry: And while lethality is one way to evaluate the Constitutionality of an arm, what about the so-called “intent” or “common usage” of the weapon (again the head-axe example)?

S.H. Blannelberry: Do you own any hunting, tactical or combat knives and if so, which are your favorites? Do you EDC a certain knife?

D. Kopel: My favorite edged arm is a machete which I bought from a knife factory on the Taiwanese island of Matsu, during a diplomatic visit. The knife is made from the left-overs of artillery shells when the Communist tyrant Mao Zedong bombarded the island in the 1950s. In the summer of 2009, when the Customs Bureau threatened to reclassify a bunch of folding knives as “switchblades,” I bought several excellent folders from Spyderco, which is a Colorado company that has a wonderful showroom and very helpful staff. I often carry a Spyderco or a multitool, in compliance with state and local laws.

Kopel is an associate policy analyst at the Cato Institute, the research director of the Independence Institute, and an adjunct professor of Advanced Constitutional Law at Denver University, Strum College of Law.

He’s also a really cool guy (see video below from NRA convention). Big thanks to him for talking the time to answer some questions. You can follow him on Twitter @davekopel.