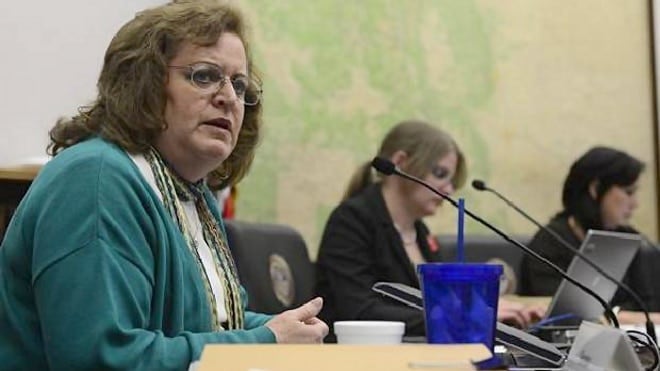 Recall Hudak Too, the organization looking to oust the senator, needed to collect about 18,900 signatures to trigger another round of recall elections. Recall organizers are confident that they collected the signatures necessary and plan to turn them over to the secretary of state for confirmation even as Hudak leaves office.

“This is a cowardly way out of the recall,” said Joe Neville, Rocky Mountain Gun Owners director, to the Denver Post, which helped organize the recall effort. “We’re still charging toward Tuesday and no matter what we’ll submit the petition signatures.”

At first confident that she would not be recalled, Hudak submitted her letter of resignation today. While there were several factors in the push for her recall, Hudak’s endorsement of house bills 1224 and 1229 were leaders.  The bills she signed place capacity limits on magazines and make background checks for all gun transfers mandatory.

Having only won the previous election by less than 400 votes, in an election with over 70,000 ballots, it seemed unlikely that she would win in a recall election. Democrats control the Colorado senate by one seat, and by stepping down Hudak will ensure that her party will appoint her replacement.

“By resigning I am protecting these important new laws for the good of Colorado and ensuring that we can continue looking forward,” explained Hudak.

In her statement Hudak also said that she is stepping down to spare taxpayers the cost of running a special election, which was expected to run about $200,000.

“This decision has been difficult to make,” wrote Hudak in her letter of resignation. “I believe I have listened closely to the ideas and concerns of my constituents in the past five years, both through the over-100 town hall meetings and community coffees I have hosted, and in the thousands of emails and phone calls from engaged citizens in my community. Together we have made great progress finding solutions to the many challenges facing Colorado.” 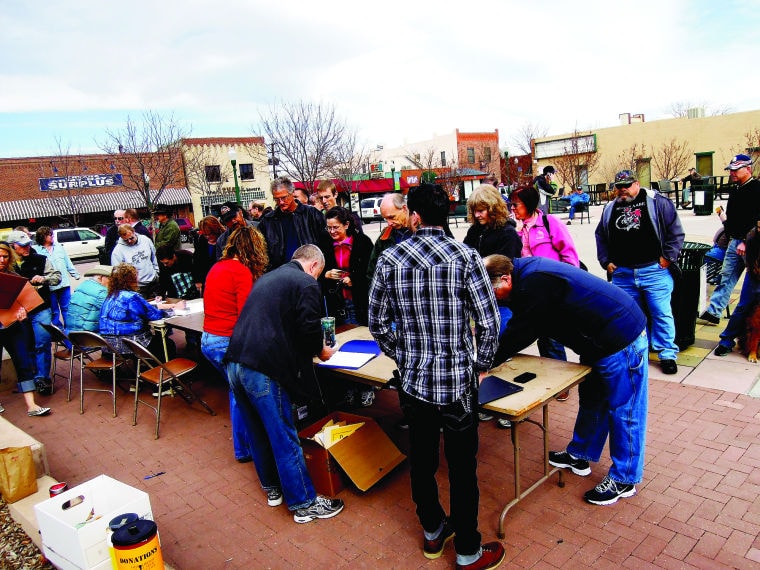 People gathering to sign the recall petition at a Recall Hudak Too event.

Hudak drew a lot of criticism this year, not just for her support of the controversial gun control package. During the gun control hearings she rebuked the testimony of Amanda Collins, urging legislators to throw out a ban on concealed-carry on campuses.

Collins, a rape survivor, testified that if she had been able to carry on campus that she would not have been assaulted. Hudak countered saying “actually, statistics are not on your side,” and “chances are, that if you had had a gun, then he would have been able to get that from you, and possibly used it against you.”

After hearing about Hudak’s resignation, Amanda Collins gave a statement to Colorado Peak Politics. “I am pleased that the people of Senate District 19 put enough pressure on Senator Hudak to cause her to resign her Senate seat.  Her treatment of me and other women in March demonstrated Senator Hudak’s belief that she knows better than the women of Colorado how they should best defend themselves.  My sincere hope is that the Democrats consider, in their replacement choice, that the women of Colorado can make self-defense decisions on their own.”

Hudak has also been criticized for her actions during hearings about the Colorado Corrections Department and Parole Division, where she was frequently caught social networking and playing games on her phone. Hudak also endorsed a billion-dollar tax hike for education reform that was unpopular and was not passed.

This is something of a spiritual victory for gun rights supporters in Colorado, although the laws still remain on the books and party lines are not likely to change. But it does reinforce the power of the voters’ voice.

Recall Hudak Too has stated that they don’t intend to stop with Hudak. “While Evie Hudak has announced her intent to resign today, let it be known this fight is far from over,” reads a brief statement on their Facebook page. “John W. Hickenlooper, Mark Ferrandino and Morgan Carroll you are each officially on notice. You are elected to represent the people of your districts and the State of Colorado — not Washington D.C. PACs and unions — the people will hold you accountable.”