UPDATE: Family says waitress and former Marine's nasty note is a fake, they did tip (VIDEO)

Earlier this month a New Jersey waitress, who was a former Marine, claimed a family left a nasty note instead of a tip. But now, that family has stepped forward, saying the note was a fake.

“I’m sorry but I cannot tip because I do not agree with your lifestyle and how you live your life,” the scribbled note on the receipt read. 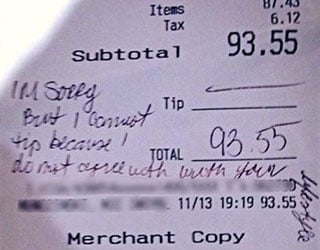 Morales claimed a family left this spiteful note in place of a tip. But the family is now refuting that claim.

Waitress Dayna Morales alleged the family left the note because the mother disagreed with her “gay lifestyle.” After posting a photo of the receipt to her Facebook page, Morales took to the media to tell her story. The former Marine started receiving “tips” from all corners of the globe and she even donated some of the money to the Wounded Warrior Project. But now the family is saying none of it is real, NBC New York reports.

“We’ve never not left a tip when someone gave good service, and we would never leave a note like that,” the wife told NBC New York.

The husband said the note was a fake, and that Morales’ lie was “disgusting.” 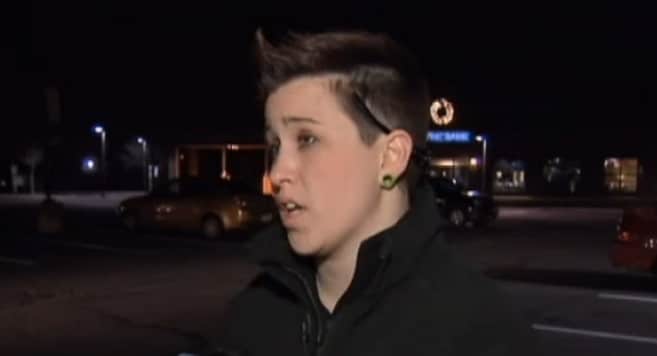 Even though the family has brought forth compelling evidence that suggests Morales story may have been fabricated, the former Marine is still sticking to her guns.

The family presented NBC with their copy of the receipt that showed they had left an $18 tip. They even brought in their bank statement to prove they were charged a total of $111.55 for their meal, not $93.55 like Morales’ version shows.

Morales, however, is sticking to her story. When asked about the family’s side of the story, she replied, “I don’t know, all I know is what I’ve been saying.”