Former paratrooper and WWII hero Vincent Speranza is a man you want on your team. This 88-year-old war vet braved enemy fire, fierce cold and a very angry major, so his wounded and thirsty comrades could sip on tasty German brew. 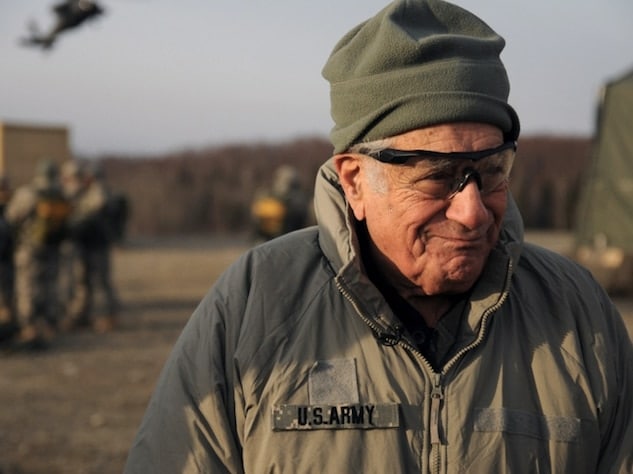 Speranza made sure his wounded brothers didn’t get thirsty. He carried beer to them in his helmet and only stopped on treat of being shot by an angry major.

It was 1944 and the battle of Bastogne raged on around Speranza and the rest of his 501st Parachute Infantry Regiment, 101st Airborne Division. Short on supplies and surrounded by German troops, the situation may have looked grim for some, but for the 101st, it was barely even a minor setback, he told Stars & Stripes.

“The first eight days we got pounded [by German artillery],” Speranza recounted of his harrowing experience. “But this was the 101st. They could not get past [us]. They never set one foot in Bastogne.”

But the 101st suffered casualties as they fought to hold back the Germans. Many were wounded and transported to a makeshift hospital in a nearby church. Among them was Speranza’s friend, Joe Willis.

Willis was injured and he wanted beer. It was what Germany was renowned for after all. Happy to oblige, Speranza rushed to a nearby tavern, took off his helmet, and filled it up with beer from a working tap. He let the wounded in the church drink until the helmet was dry, and then he dashed out once again to fill it back up.

He would have gone back for more, but an angry major threatened to shoot him if he didn’t stop. Speranza said the major was afraid the beer would kill the wounded.

The story gained such notoriety that Bastogne’s Airborne beer depicted it on their label. So the next time you raise your glass and toast, consider raising your helmet instead.