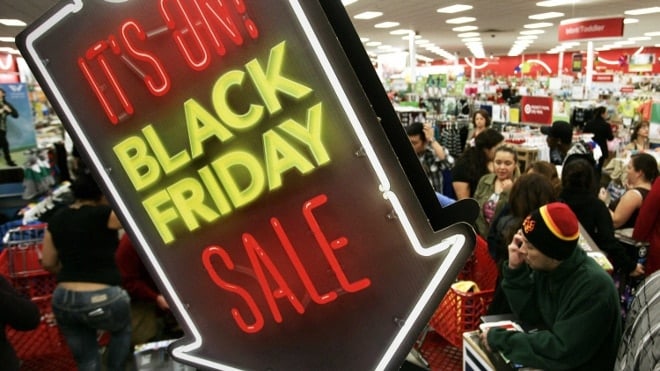 It’s that special time of the year where people celebrate getting away from their loved ones and buying stuff they didn’t know they needed until they saw the sale price!

But don’t risk getting trampled this Thanksgiving holiday weekend, do your Black Friday shopping online! Here are some of the more awesome deals that we’ve found this year.

Adams Arms is one of the premier manufacturers of piston kits for AR-15 rifles. Their Black Friday sale cuts across the board for their kits, uppers and complete rifles.

American Defense Manufacturing is offering 10 percent off all products Friday and Saturday. They are a custom mount manufacturer and have a carry a wide variety of optics to go with them.

Anderson Manufacturing, one of the larger suppliers and manufacturers of AR parts in the industry, is also offering a catalog-wide discount on all their products. For general AR-15 parts and supplies, put Anderson on your go-to list.

If you like your lower receivers like you like your, er, ground-level approaches, under the radar, then you’ll like Ares Armor’s Black Friday sale. It’s all about 80 percent lowers, mostly polymer “jigless” lowers that you can manufacture with simple hand tools. 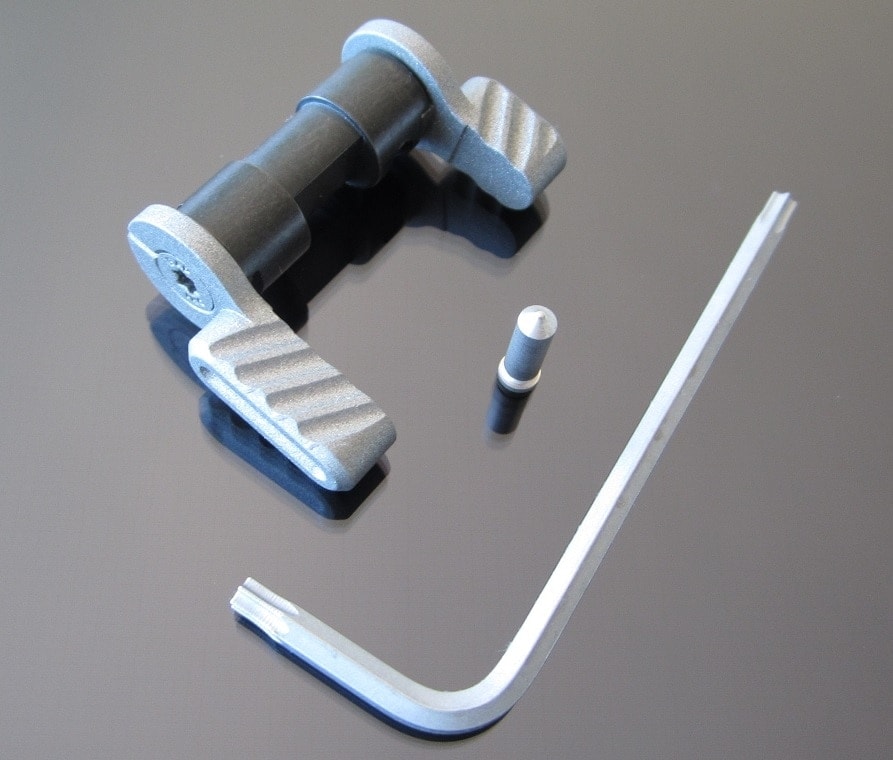 BAD is best known for their modular (and colorful) ambidextrous AR safety selectors. They’re selling their BAD-ASS selectors at a nice discount along with pretty much everything else they carry like custom triggers and other ambidextrous parts.

Bravo Company makes and carries some of the best tactical equipment on the market, and they’re offering discounts on all of it. If you like your black rifles and saving money, check out their sale section.

One of the largest suppliers of all things gun-related, Brownells is keeping it super-simple this year by offering 10 percent off all purchases over $149.

CIV Tactical is the home black rifle-builder’s friend and they’re offing 10 percent off all their parts and kits plus free shipping on all orders this holiday weekend. If you have an incomplete lower receiver check ’em out.

Core 15 is an AR-15 specialty shop that makes solid, moderately-featured AR-15 rifles that are a cut above the entry-level market. They’re celebrating 300 Blackout Friday and any order placed this holiday automatically enter you into a drawing for a rifle chambered for 300 BLK, on top of free shipping and other discounts on AR stuff.

Crimson Trace has put discounts on just about everything they make including tactical lights and optical sights. The discounts range from $20 for their Rail Masters up to $50 off the regular price of their tactical laser sights.

Damage Industries, one of the best-named shops in the AR world, is celebrating this holiday weekend with complete AR-15 lower parts kits, including the buffer assembly and grip, for just $89.

While mostly known for their hard-use rail systems and rifles designed for military use, Daniel Defense is changing things up this holiday by offering up to 40 percent off their Contour camcorder kits and Daniel Defense swag. They do have some rifle accessories for sale but the big this this year is definitely cameras.

Panther Arms, or DPMS, is celebrating Black Friday with everything you need to complete that lower receiver you bought last march and haven’t finished. They’ve got Magpul carbine kits, lower parts and armorer’s tools at steep discounts. 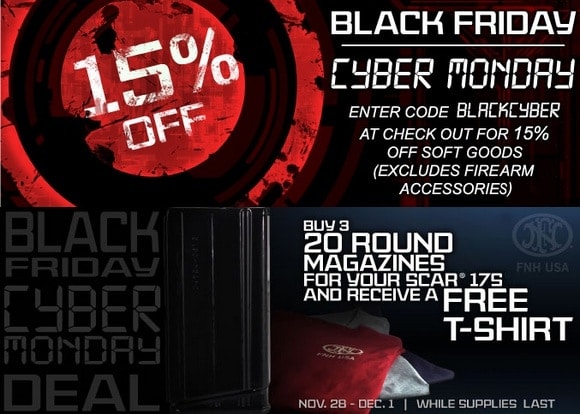 The name in bra holsters, Flashbang is giving all their holiday weekend customers 20 percent off all their products (including non-bra holsters).

FNH is offering a clean 15 percent off everything in their web store with the promo code “BLACKCYBER” through Monday, plus they’re throwing in a free T-shirt with the purchase of three 20-round SCAR 17 magazines.

A top name in the custom aftermarket trigger world, Geissele is offering steep discounts through Monday on their triggers and custom free-floating rails in addition to their Reaction Rod armorer’s kits. 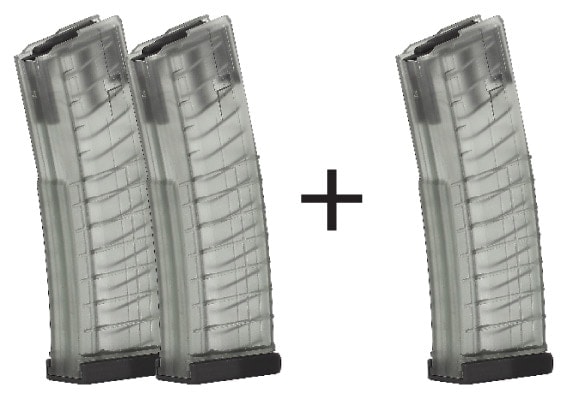 Another straightforward sale here, Heckler & Koch is having a buy-two-get-one-free sale on their new smoked polymer AR-15 magazines. That’s three H&K mags for $40.

Iminent Threats Solutions carries a wide range of gear for the tactically-minded from low-profile messenger bags to lockpicking tools to high-end first aid kits and it’s all on sale for this weekend. If you like your warfare asymmetrical, you gotta check out the ITS Tactical store (and their blog, too).

Mako is a leading exporter of Israeli military equipment and vendor of high-end parts like Meprolight tritium/fiber-optic reflex sights and E-Lander steel AR-15 magazines. This year they’re having their biggest sale yet with everything in stock for 30 percent off.

Not looking for AR stuff? Manticore might have what you’re looking for. Focusing on SIG 556, Steyr Aug and IWI Tavor rifles, they’re selling everything in stock at a huge 50 percent discount. Better hurry, they’re not taking rain checks.

If ever there was a grab bag of guns and accessories, it would be Palmetto State Armory. They’re having a rolling Black Friday weekend sale, and they’re currently offering ammo cheap. Like, practically 2012 cheap. They’re also having a separate Black Friday sale for firearms.

Primary Arms is a great shop for anyone on a budget with their low cost parts and accessories, and they’re going one step further by offering a good selection of their optics and accessories along with many other name brand parts and rifles at an even greater discount for this weekend.

Rainier Arms is cleaning house. A supplier of high-end  parts and accessories, they’ve slashed prices on a whole slew of AR-15 parts from muzzle brake to optic to bolt carrier group to buttstock.

Need some AK gear? Then you need to head over to Rifle Dynamics where they’ve got all sorts of AK parts on sale, from their custom muzzle devices to new surplus magazines (including metal-reinforced Bulgarian polymer mags for $24).

Rifle Gear is an online rifle shop that specialized in tactical stuff. For their holiday sale they’re giving everyone five percent off their complete rifles and uppers and 10 percent off all ammo. 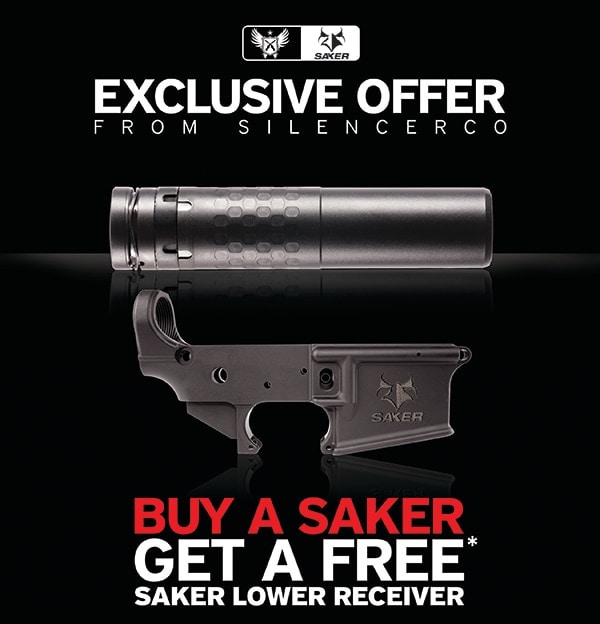 Silencerco is having one of the more interesting Black Friday specials. Buy a 556 Saker suppressor and they’ll send you a custom Saker AR-15 lower for free. Very cool.

A staple in the no-frills AR market, Stag Arms’ Black Friday special has a little bit of everything, from lower parts kits and magazines to complete uppers and other rifle accessories.

These guys carry some of the best outerwear and accessories for people living the tactical lifestyle, and for this weekend they’re offering it all for 20 percent off, their own stuff and other brands, too, including Arc’teryx and Luminox.

TSSi is offering a nice discount on their binoculars and other field accessories like carabiners, bags and gloves. Very nice, for that fact, as many of the deals are close to 50 percent off.

Umbrella Corp. is a new company that’s quickly earning a reputation for putting style and quality first with their AR-15 receivers and polymer accessories. They’re offering a slice of everything they make and carry at a nice discount this weekend. If you’re looking for a lower that stands out for its class in addition to its build, head on over there.

Volquartsen Custom is running a sale through Sunday. They’re offering a 15 percent discount on extended 25-round Ruger BX-25 mags and offering free shipping on any order of $99 or more.

Walther’s also keeping it simple this Black Friday with discounted magazines for Walther guns, both their centerfire handguns and rimfire replicas.

Wilson Combat is one of the top names in ARs and 1911s and they’re offering discounts on parts and accessories for both across the board. Now is the time to buy.

There’s no way that’s all that’s out there. If you have any sales you want to share with us please add them in the comments! Thanks and have a great Black Friday, Saturday, Sunday and Cyber Monday!