Authorities apprehended a couple of clever crooks who tried smuggling contraband over a wall with a drone into Georgia’s Calhoun State prison last week. 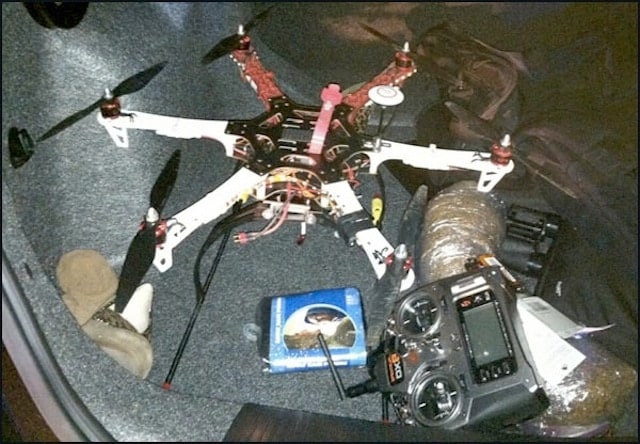 This R/C ‘copter was used to smuggle drugs into a state prison.

The band of Georgians definitely deserve an “A” for effort, but their plans were thwarted by one watchful lieutenant who spotted the drug-dropping drone flying over the prison gates, WALB News reports.

“It is a surprise — I’ve never seen a helicopter,” Sheriff Josh Hilton said. “They were in the woods flying it. They had binoculars and stuff evidently so they could watch it.”

Approximately an hour after the drone was spotted, deputies searched a nearby suspicious vehicle and discovered a six-rotor remote-controlled helicopter and what was likely to be the next drug drop. 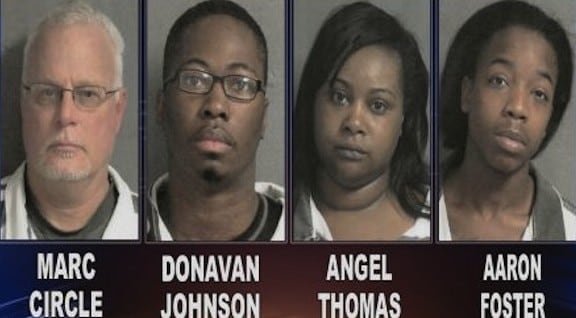 These four were arrested in connection with the crime and were booked into the Calhoun county jail.

“After we gained consent to search the car we found the helicopter and I don’t know exactly how much it was but probably about 1 or 2 pounds of tobacco rolled up,” Hilton commented.

Four suspects were arrested in connection with the crime and remain in the Calhoun county jail. If convicted of crossing prison lines with contraband, the foursome could see as much as 20-years behind bars.