Last July, an armed jewel thief brazenly walked into the Carlton hotel in Cannes, France, and stole $136 million in precious gems. Now, nearly five months later, the security footage of that incident has been released. 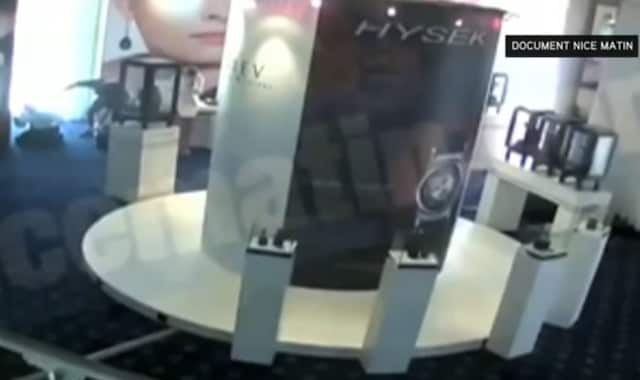 The entire ordeal took less than a minute. After successfully stealing $136 million in precious gems, the thief vanished into the crowd.

According to Business Insider, the unidentified thief strutted past security guards before brandishing a gun. He pointed his weapon at innocent bystanders as he walked directly to a briefcase and small box that contained the jewels.

In less than 60 seconds and without firing a shot, the crook had accomplished his mission, casually walked out the front door and disappeared into the crowd of happy-go-lucky vacationers along the promenade de la Croisette.

If the fantastical plot sounds familiar, it’s because the same location was used for Hitchcock’s 1955 film, To Catch a Thief, starring Grace Kelly and Carey Grant.