Allen West: 'Back door gun control is here, no lead means no bullets' 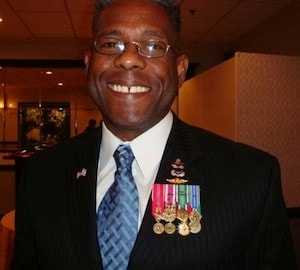 “Barack Obama and his progressive socialist acolytes” are seeking to “outflank, envelope, and destroy the Second Amendment,” writes Fox News contributor and former Congressman Allen West (R-FL) in a recent editorial on his website, AllenWest.com.

According to West, a former combat commander, the president via the Environmental Protection Agency shut down the country’s last primary lead smelting plant, the Doe Run Lead Smelter in Herculaneum, Missouri, as a back door way to make it more difficult for citizens to exercising their right to keep and bear arms.

“The closedown is due to new extremely tight air quality restrictions placed on this specific plant,” under the Clean Air Act, explains West. “President Obama and his EPA raised the regulations by 10 fold and it would have cost the plant $100 million to comply.”

West predicts that the closure of the primary smelting plant in Missouri will force the U.S. to purchase ammunition from overseas, leading to a spike in the cost and further government restrictions on arms and ammo.

“What this all means is that after December 2013, any ammunition that will be available to U.S. citizens will have to be imported, which will surely increase the price and possibly come under government control,” writes West. “It seems this is fully in concert with the U.S. Military and Homeland Defense recent purchase of large quantities of ammunition.”

Though some have suggested that West’s fears are overblown. Citing blogposts from ammunition manufacturers, The Huffington Post points out that there are still secondary lead smelters nationwide that recycle lead from existing materials such as used ammo and lead acid in batteries as opposed to refining it right from iron ore mined from the ground.

For example, back in November, Sierra Bullets Plant Engineer Darren Leskiw responded directly to the impending closure of the Doe Run facility.

The main question asked is ‘Will this shut down your supply of lead?’ The answer to that is no. First, Sierra buys lead from several different vendors to maintain constant supply. Second, this facility only smelts primary lead or lead ore. This is lead ore that has just been brought out of the earth. Sierra uses no primary lead at all and never has, so we use nothing directly from this facility. The lead we buy from Doe Run comes from their recycling facility in Boss, MO that is about 90 miles away from the smelter that is closing. 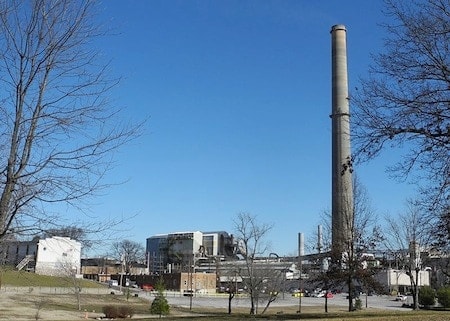 Likewise, Federal Premium Ammunition did not seem overly concerned with the shutdown of Doe Run, stating on its Frequently Asked Questions page, “At this time we do not anticipate any additional strain on our ability to obtain lead.”

Finally, Lawrence Keane, the senior vice president and general counsel for the National Shooting Sports Foundation, the firearms industry trade association, also said their wasn’t going to be an issue.

“Manufacturers use recycled lead to make ammunition. They don’t buy from smelters,” Keane told Emily Miller of the Washington Times on Monday. “The EPA closing, which has been in the works for a while, will have no impact on production, supply or cost to the consumers.”

However, Keane said that the looming ban on traditional (lead) ammo in California is likely to have a huge impact on the market.

“Banning traditional ammunition will result in an unprecedented constriction of supply and massive price increases,” Keane said of the California law which will roll out in 2019. “Large numbers of hunters will be driven out of the field and target shooters off the firing line.”

While West is troubled over what’s to come, a spokeswoman for the EPA suggested that the closing of the plant was in the best interest of the surrounding community, which has allegedly suffered from exposure to lead.

“For years families with children near Doe Run’s facilities have been exposed to unacceptable levels of lead, one of the most dangerous neurotoxins in the environment,” said Cynthia Giles, assistant administrator for the EPA’s Office of Compliance and Enforcement Assurance.