Police officers in Iceland fatally shot an armed suspect for the first time in the country’s history Monday morning.

A firefight broke out in the small town of Reykjavik after officers responded to an unidentified 59-year-old suspect who was randomly firing a shotgun through his apartment window, BBC reports.

Officers first tried launching tear gas canisters at the suspect in an attempt to gain compliance. But after their less-than-lethal efforts failed, police were left with no other option but to use lethal force.

According to the BBC, two special forces members were shot by the gunman during the raid, one in the face and one in the hand. Officers fired back, fatally striking the man.

Icelandic Police Chief Haraldur Johannessen commented on the unprecedented police operation, saying, “Police regret this incident and would like to extend their condolences to the family of the man.” 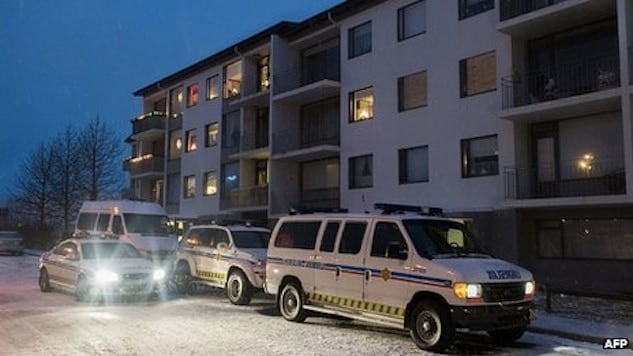 The armed suspect was firing a shotgun from his apartment window at random targets.

Gawker reports that though “Iceland has the 15th highest rate of guns per capita (30.03 firearms per 100 people),” gun related violence is very low. For example, in 2009, there were only four gun related deaths, whereas the U.S. had 31,347 in the same year.

The Icelandic police are conducting an investigation into the shooting to determine the suspect’s motive, and the special forces team involved is being provided counseling.