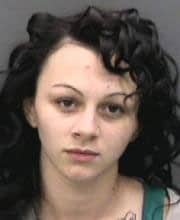 One man got more than he bargained for after going to a Tampa home to meet a woman for a date, only to realize that it was a set-up for a robbery. But the suspects didn’t realize that their intended victim was armed either.

According to the Hillsborough County Sheriff’s Office, 23-year-old Travis Weller went to meet a woman he had known for about a month, 20-year-old Erika Sanez, just before 5 o’clock Friday morning for what he thought was a date.

Sanez lured Weller into a vacant house where three male accomplices were waiting inside to rob him. But as the would-be robbery unfolded, Weller pulled out his pistol and began firing, hitting one of the suspects once in the chest.

Weller immediately called 911 and informed authorities of what had just transpired and waited at the house until deputies arrived.

Meanwhile, Sanez took the injured suspect, who was later identified as 20-year-old Marlin Anthony Walker Jr., to a nearby hospital, where hospital officials contacted the police. Walker later died from injuries he sustained from the gunshot wound, which pierced his lung, heart and aorta.

Sanez told authorities that she was a student, the Tampa Bay Times reports.  During questioning Sanez admitted her role in the attempted robbery and Weller identified her as well.

Sanez, who has a prior juvenile burglary charge, was arrested and charged with second-degree murder for her part in the events which led up to the death of Walker. She remains in the Hillsborough County jail.  No bail has been set.

According to state records, Walker has an extensive criminal history that started when he was just 11 years old. It includes burglary, larceny, grand theft, battery and criminal mischief.

Authorities are still working to determine the identity and location of the two other suspects.

No charges are expected to be filed against Weller.