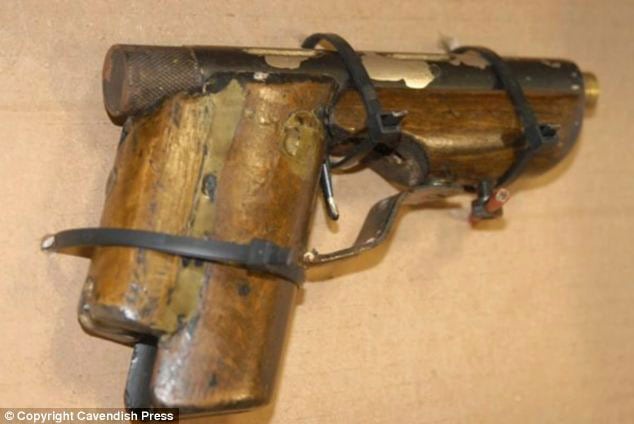 A 51-year-old farmer in the U.K. has been jailed for 30 months after his wife notified police that he was in possession of two unlicensed guns following an argument between the couple.

However, as reported by Mail Online, one of the farmer’s firearms was a bizarre homemade gun constructed from the barrel of an air rifle and bits of wood, belts and plastic tags. The gun, described as a Heath Robinson-like contraption, is capable of firing “mushrooming” .22-caliber ammunition.

Paul Alton told authorities that the gun was given to him four or five years ago by his uncle who had previously used it to kill animals during his career as a butcher. Alton claimed he also had the gun for “humane killing” of animals on his cattle farm. However, Alton also stated that he never actually used the gun, that he had only test fired it twice, but held onto it due to his “magpie instinct.”

But Alton’s wife, Kim, called the police after the two became engaged in a heated argument and Alton waved a club hammer at her and reportedly struck it on the arm of a chair where she was sitting. By the time police arrived at the home, Alton had already left. His frightened wife informed authorities of her husband’s two hidden firearms – the homemade pistol in the loft and a shotgun tucked away in a bag under the bed.

A short time later, Alton was discovered driving on a nearby highway. Police pulled him over, arrested him and also discovered a work knife in his pocket.

But that wasn’t Alton’s first incident involving firearms. Investigators discovered that Alton previously had a valid firearms license, but for reasons unmentioned it was taken away in 2000. When Alton requested that the license be reissued, his application was denied. 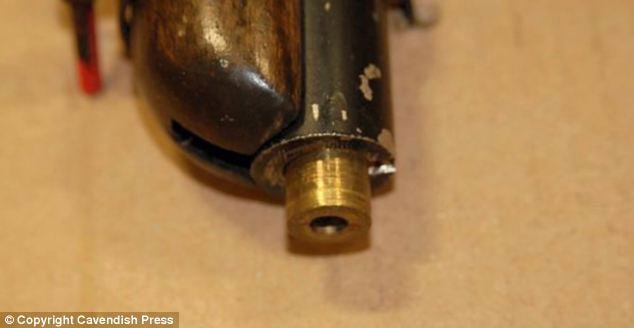 Experts tested the homemade gun and found that it did in fact fire. (Photo credit: Cavendish Press)

Following the altercation with his wife, Alton was originally facing five years in prison for violation of the U.K.’s gun laws, which require gun owners to have a valid firearms license in order to legally possess a gun. However, the judge reduced his sentence to half the time after deciding that the case was “exceptional” and the pistol was “bizarre.”

However, the prosecutor argued that the homemade gun “will fire and an expert was able to fire it. It is extremely dangerous and shouldn’t be done by anybody other than an expert.” 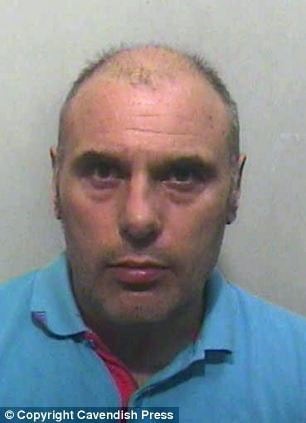 To counter that point, the defense explained that Alton had been a farmer since he was 16 years old and knew no other type of environment, claiming a sort of ignorance on the issue. “His intention was to use it for the humane dispatch of animals. He had no idea of the significance of the pistol,” defense attorney Joe Boyd said.

Nonetheless, Alton plead guilty to possessing a prohibited weapon without a firearms certificate, possessing expanding ammunition, having an article with a blade or point (the work knife found in his pocket) and assault, as well as attempting to pervert the course of justice.

In addition to Alton’s 30 month jail sentence, the father of two also has a five-year restraining order against him, prohibiting him from contacting his wife of 14 years.