The blaster used by Han Solo in the Star Wars movies is available to the public for an opening bid of $200,000.

This is a momentous day for every Star Wars fan that has nearly a quarter-million dollars to burn on a movie prop.

Han Solo’s DL-44 blaster that was used in Star Wars: The Empire Strikes Back and Return of the Jedi is up for sale on Invaluable with an opening bid of $200,000.

Harrison Ford portrayed the famed character of lore, and now a piece of that history is set to make one fan exceedingly happy. Though Ford may feel the piece belongs in a museum.

The DL-44 measures 11 inches long and was custom made from an odd assortments of parts. The blaster, which is still in its exact movie condition, is based on the German issue Mauser C96 pistol and may have been used by Mark Hamill as Luke Skywalker as well. So double whammy. 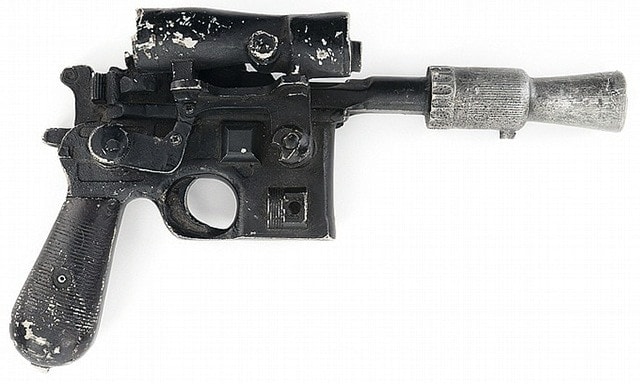 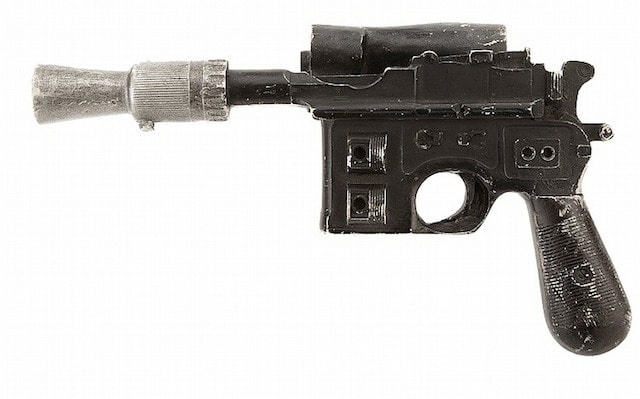 It also is in the exact condition as when it was used in the movies. 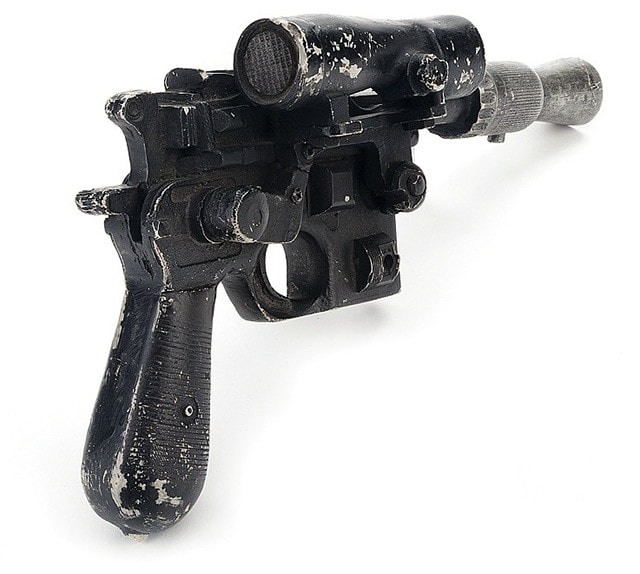 The DL-44 was pieced together from various odd parts of machinery and miscellaneous gun components.

But those who don’t want to place a bid for $200,000 for the real deal can still have a chance at owning a very accurate replica, if they’re willing to put in the work to build it. Myth Busters star Adam Savage painstakingly created a movie quality replica, and documented the whole process so others could do it too.

Either way, this DL-44 blaster is an incredible bit of movie memorabilia and will certainly make an excellent conversation piece for the lucky winning bidder.