An unidentified Florida man wore a fake beard and a bandana and robbed a Fifth Third Bank in Ocoee. According to witnesses, he brandished a “small handgun under his shirt,” demanded the tellers give him money and then fled on foot, WFTV reports. 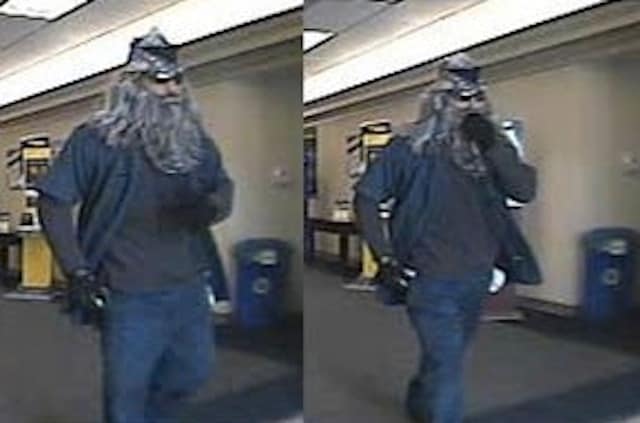 The unidentified Florida bank robber dressed in a fake beard and a bandana. 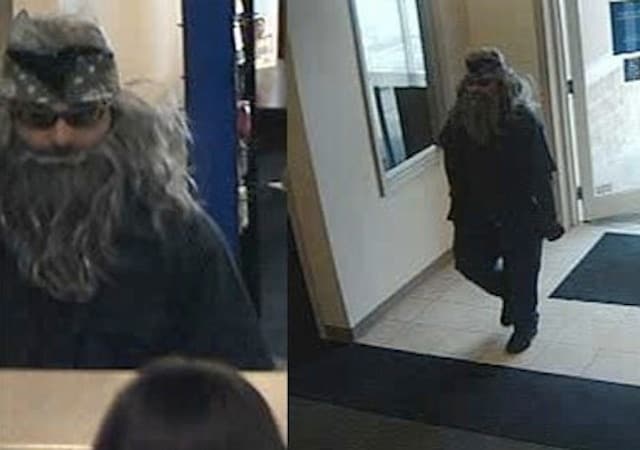 He brandished a small gun from his waistband and demanded money from the teller.

Ducky Dynasty, the record shattering hit television show, has permeated virtually every aspect of American culture. The family may have started by making top notch duck calls, but now they’ve spread their wings and expanded their empire to areas like modeling and politics. In fact, they’re so influential, that now people are robbing banks under the guise of a Duck Dynasty family member.

Police have yet to identify or capture the man.

Which Robertson do you think this guy looks like?