Shooting down PETA drones is 'against the law,' says animal rights group (VIDEO) 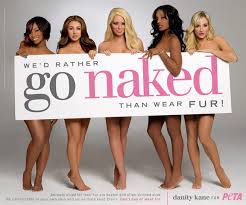 I reached out to People for the Ethical Treatment of Animals. Why? I was interested to see what their official stance was on gun ownership.

But upon further reflection, one can make the argument that just because one opts not to eat meat or hunt animals doesn’t necessarily mean that one doesn’t embrace and exercise one’s Second Amendment rights. After all, defending oneself, one’s family and one’s property is a fundamental right that most people, regardless of one’s diet or hobbies, can identify with.

So, basically, I wanted to find out how PETA felt about gun ownership.

Due to the fact that many of my friends hunt, I also wanted to learn more about the group’s drone initiative, which encourages animal protectionists also known as “wildlife watchers” to spy on hunters via ‘Air Angel’ drones. How would this rather controversial program impact and complicate the already fraught relationship between the two sides?

With respect to the Air Angel drone program, the organization’s website urges members to:

Using your hobby drone, you can collect instant to-your-phone video footage of hunters engaging in illegal activity, such as drinking while in possession of a firearm, injuring animals and failing to pursue them, and illegally using spotlights, feed lures, and other nasty but common hunting tricks. Your amateur footage can be used to alert game wardens and other authorities to who is doing what to animals.

While hunters hide in trees or pretend to be ducks in order to inflict harm, hobby drone operators who are always careful not to interfere with wildlife or hunters just may end up saving lives.

PETA Media Liaison Jordan Uhl was kind enough to answer my questions via email.  Below is our brief Q&A:

S.H. Blannelberry: First off, how does PETA view gun ownership (independent of hunters/hunting)? More specifically, does PETA support one’s Constitutional right to keep and bear arms for traditionally lawful purposes, such as self-defense?

Jordan Uhl: PETA does not have a position on gun ownership. Our focus as an organization is to prevent and stop animal suffering, and that includes preventing animals from being shot in the woods, fields and watersheds.

S.H. Blannelberry: Do you know what percentage of PETA members own firearms?

Jordan Uhl: We don’t poll our members about gun ownership. With more than 3 million members and supporters, we surely have people on both sides of the issue.

S.H. Blannelberry: In the news a few weeks ago, there was a story about a female hunter who shot and killed a lion. She encountered a deluge of backlash from the general public for what many within the hunting community would consider to be a trophy kill. From your moral perspective, is hunting a lion any different than hunting a feral pig or a white-tail deer or even a turkey? Are all animals equal or are some animals more equal than others?

Jordan Uhl: PETA’s unequivocal position is that no animal, of any species, should be killed for sport. 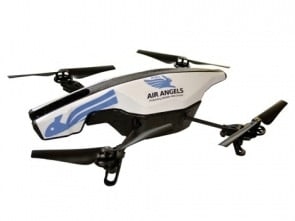 A image of PETA’s official ‘Air Angel’ drone. Animal protectionist can purchase one for $324.99 on the PETA website.

S.H. Blannelberry: Obviously, there is a tension between PETA members and hunters. But couldn’t one argue that responsible hunting is a more humane way of sourcing food than an unkempt and overcrowded slaughterhouse? Given that, shouldn’t PETA do more to embrace and work with responsible hunters?

Jordan Uhl: There are so many great-tasting and affordable vegan foods widely available now in grocery stores and restaurants — from veggie burgers and meatless hot dogs to faux BBQ ribs and nuggets — that it’s easier than ever to go vegan. Give it a try. Find recipes at PETA.org. There’s no need for people to kill animals — in slaughterhouses or in the woods.

S.H. Blannelberry: The drone initiative — “Air Angels” — that PETA launched to spy on hunters to ensure they don’t break any laws; frankly, doesn’t that only serve to harden the divide between the two camps? To put it another way, knowing that hunters aren’t going away, why do something that (a) pisses people off and (b) undermines your efforts to win hearts and minds?

Jordan Uhl: As long as hunters kill animals, there will be a divide between people who care about protecting animals and people who enjoy killing them. There are more than five times as many wildlife watchers as there are hunters in the U.S. We have no doubt that the very idea of being caught in cruel and illegal acts will cause some of the last holdouts to think twice before they let an arrow fly or pull a trigger.

S.H. Blannelberry: Also, what do you say to the many hunters who have said that they will simply shoot down the drones if they see them?

Jordan Uhl: Destruction of personal property is against the law — and destruction of wildlife should be, too.

Big thanks to PETA and Jordan for taking the time to talk with Guns.com.