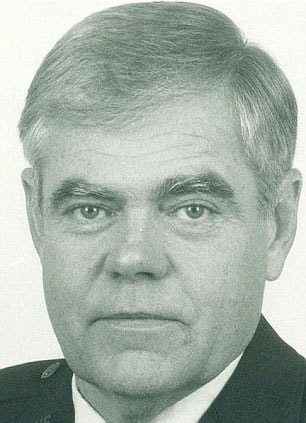 A Georgia homeowner may face charges after he shot a prowler outside his Chickamauga home last week, only to find out that the prowler was actually an elderly man with advanced stage Alzheimer’s who had been wandering around lost, cold and confused for several hours.

According to The New York Times, Deanne Westbrook had tried everything to keep her husband of 51 years, Ronald, from leaving the house, but on the night of Nov. 27 he slipped away without her knowing. By the time his wife had discovered he was gone, the 72-year-old retired Air Force veteran had already wandered nearly 3 miles to the home of Joe Hendrix where the fatal confrontation occurred.

The advanced stage Alzheimer’s coupled with dementia often left Westbrook confused and in the early morning hours on Thanksgiving Day, for reasons investigators have yet to determine, Westbrook took his two dogs out for a walk. Although the temperatures were below freezing and the air frigid, Westbrook wore only a light jacket and a straw hat.

He had been out for what authorities determined had been about an hour and a half when he was approached by a Walker County sheriff’s deputy who noticed the old man was much too scantily dressed to be walking his dogs in the cold morning hours. The deputy asked what Westbrook was doing and the man told him he was getting the mail. The deputy questioned him further, asking where the man lived. Westbrook pointed to a well-lit house nearby which had people sitting on the front porch. Thinking nothing more of the situation the deputy simply said, “Better get home. It’s cold.” Come to find out, Westbrook did live in that home, only it was many years ago. At some point during his walk he had also gathered mail from the home’s mailbox, which he was still clutching when he ended up at Hendrix’s home.

The deputy drove on and the elderly man continued walking.

Another hour and a half later, just before 4 a.m., Westbrook stopped at another house, the home where Hendrix and his fiancé had just moved 11 days prior. The couple was first awakened by their dog when it started barking and growling. Moments later, Westbrook began ringing the doorbell and jiggling the door knob. He then circled around the house and continued to ring the bell and attempted to open the door.

Hendrix was unaware of Westbrook’s condition, he only saw a stranger in his yard trying to get into his home.

Hendrix’s fiancé called 911 and while she was still on the phone but before police arrived, Hendrix walked outside to confront the man who was now in his backyard. Hendrix, who was also an Iraqi war veteran, armed himself with a .40-caliber handgun.

Hendrix repeatedly asked Westbrook to identify himself, but Westbrook, who was slow to speak due to the Alzheimer’s, did not answer. Hendrix asked the man several times who he was and why he was there, but Westbrook simply did not answer. And as Westbrook continued to advance towards the man, Hendrix, who said he felt threatened, fired four shots, striking Westbrook in the chest once.

Deputies arrived five minutes later and Westbrook was pronounced dead at the scene.

Walker County Sheriff Steve Wilson said, “There’s no doubt in our mind that Mr. Hendrix and his fiancé felt threatened,” adding that the couple has been “fully cooperative and we believe completely truthful from the beginning.” The couple’s account of what happened match completely.

“When you listen to the 911 calls,” Wilson said, “it’s evident to me that there was fear displayed, at least by the female who lived there.”

But the feelings of fear dissipated and were replaced with something else when Hendrix was told the details of the “prowler.”

“When we sat down and told him the age of the victim and the diagnosis, he broke down and became emotional,” Wilson said. 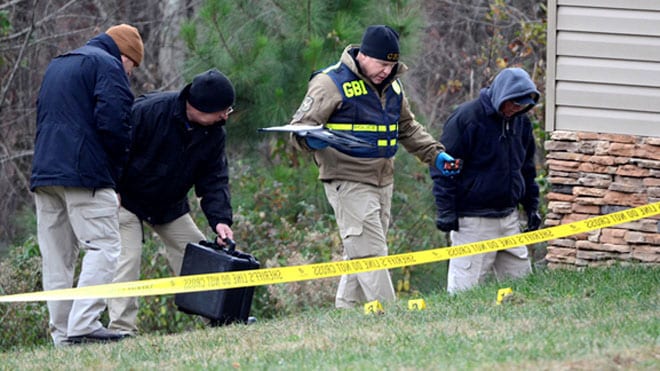 Wilson also explained that he believes Westbrook may have been “drawn” to Hendrix’s home because the porch light was on and it was otherwise dark in the area which has no street lights.

No charges have been filed against Hendrix at this point, but the investigation remains open and the final decision will be made by the District Attorney.

“We reserve our options and rights to file charges once the investigation is complete, if we feel like Georgia law warrants charges being filed,” stated Wilson, who doesn’t agree with Hendrix’s actions, but doesn’t necessarily believe that charges should be filed either.

“In my personal opinion, I believe that he should have stayed inside the house,” Wilson told reporters. “Did he violate any laws by exiting the house? No.”

The case has thrust the controversial Stand Your Ground laws into the media spotlight once again. The law generally allows for the use of force, even deadly force, when a person feels threatened. Under the law, the person does not have a duty to retreat. In other words, the person does not have to try to avoid the perceived threat if possible, granted the threatened person has a legal right to be in the place where the confrontation occurs.

Westbrook’s widow believes that Hendrix should have just stayed inside his house as well, but she’s not sure that he should be charged either.

“I don’t know what his mind-set was, and I don’t know enough about the law to know,” she said. “But that’s all over now. His life is already taken. He took the life of a real gentle man, and it’s a crying shame.”

But Wilson also pointed out that, “Mr. Hendrix is clearly saddened and heartbroken. Mr. Hendrix has to live with his actions for the rest of his life.”