An Israeli SWAT team descended on a mentally ill man who had taken his 4-year-old niece hostage.

The unidentified 30-year-old suspect barricaded himself inside his brother’s seventh floor apartment in Ashkelon and refused to cooperate with police. After negotiations failed, SWAT was called to take down the man, the Daily Mail reports.

They hung precariously from above the balcony, waiting for the signal to initiate the assault. One flashbang and 6 seconds later, the target was apprehended.

The suspect was arrested and according to initial reports, the young girl appeared to be unharmed. 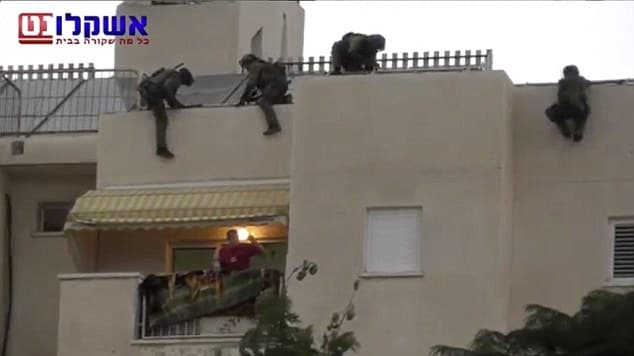 The attack was coordinated and each SWAT member sprung into action simultaneously. 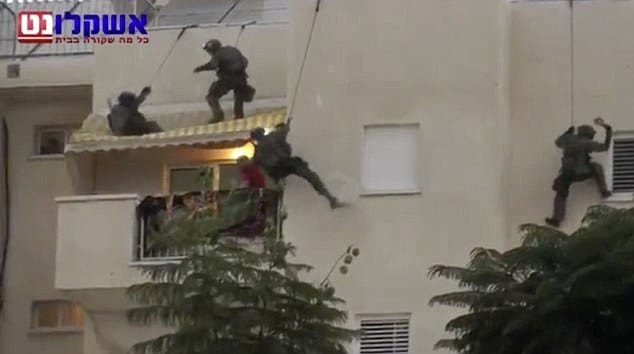 The SWAT team used a flashbang to stun the suspect and within six seconds, their target was apprehended. 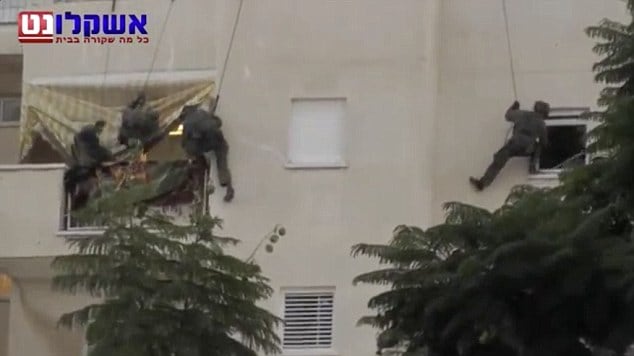 In short, the Israeli SWAT don’t play around.